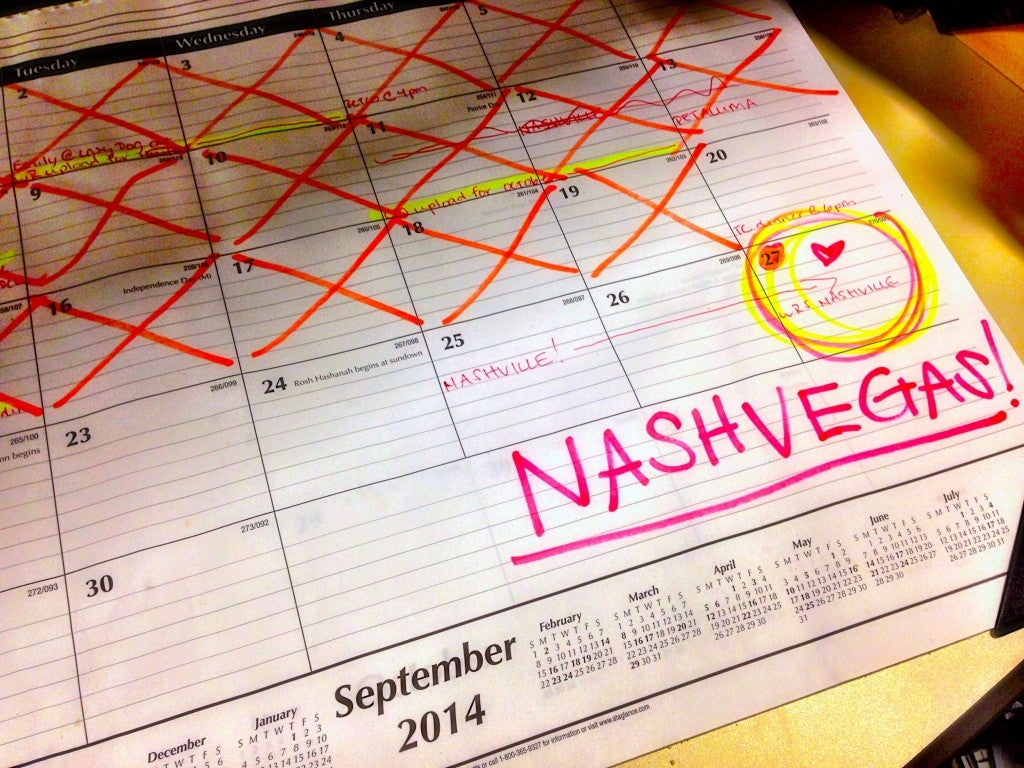 If there’s anything 17 half marathons has taught me, it’s that you learn something new before and after each one. Just when I think I’m a total pro and totally nail training and nutrition and recovery and stretching…I mess something up. I get excited about another race and inevitably do something the week before that’s totally emotionally driven and not a sound decision. This is not smart when you’re about to run 13.1 racing miles, which I will do next week at the Women’s Running Series in Nashville.

For example, after my first half marathon in 2008, I made the mistake of not stretching. I feel great! My time was amazing! This wine is yummy! (It was in Napa.) So I woke up the next day with excruciating pain that I had never felt before. Whoops. Before an impromptu decision to run Rock ‘n’ Roll Los Angeles last October, I ran the Nike Women’s Half in San Francisco the weekend before. I can totally handle two races on back-to-back weekends. Totally not a problem. People do it all the time. When mile 10 rolled around, it felt as though a small gremlin named Exhaustion had crawled into my stomach, got my colitis all riled up and laughed about it for the next 3.1 miles. I finished—but it was fetal position for two hours after.

Mistakes happen! We get excited about the race. We get cocky with our training. We get nervous about not enough training, and we get curious to see how far our bodies can go. But if you want to truly be ready to tackle Nashville ferociously, fearlessly and like a total bad-ass female, here’s some self-discovered tips that I would like to dish out (remember, I’m clearly not a pro, but I’m working on it):

Do any of you runner ladies have other do’s and don’ts before a big race? Tweet me—because I’m keeping a list since I’m not a pro yet! (A do: Cross off calendar days with a colorful pen!)

Register for the 5K or half marathon at womensrunning.com/Nashville. Save an extra $15* with online code RUNWITHCAIT. If you have training questions for your own half marathon, tweet @caitpilk!

*Code valid for half marathon only

What I’ve Learned Going Through My Old Training Logs