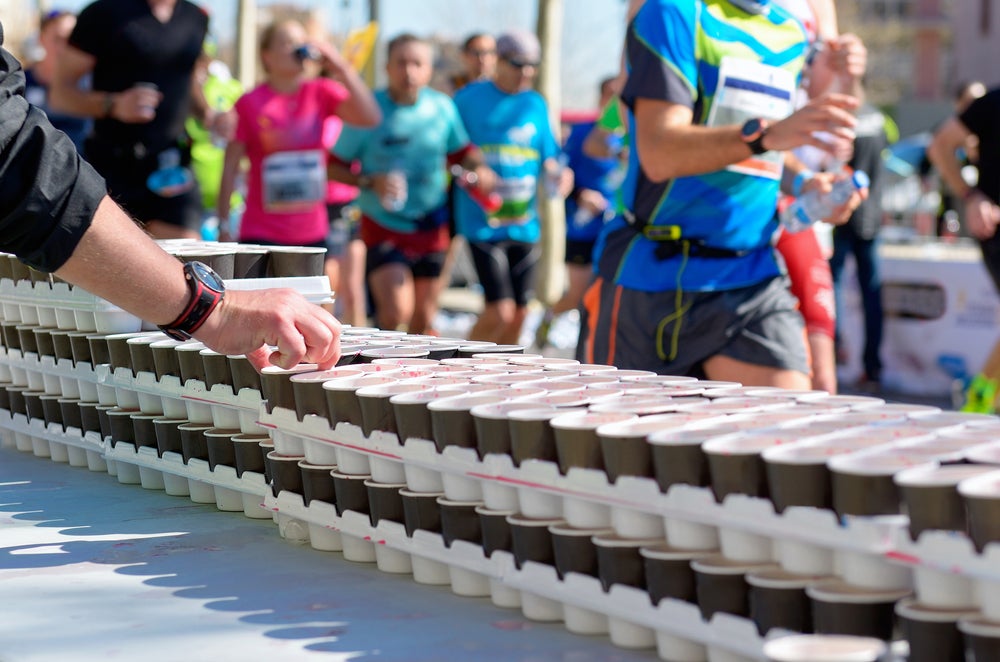 For my first several long-distance races, I always wore a water belt or hydration pack. I was worried about losing time going through water stops, which are often crowded, as well as getting enough liquid in me to stay steady throughout the course.

Then I decided I didn’t really feel like carrying a small backpack with me for 10-plus miles. I also figured that walking through the water stops would help me break up the race and be a small but nice change of pace.

Since then, I’ve left the hydration belt or backpack at home for races and only used it on training runs — when sadly there is no random table with water in cups set up every 1-2 miles.

Here are some reasons why you should use race water stops:

— You won’t lose much, if any, time: Walking instead of running for 20 seconds won’t significantly impact your finish time. That’s because after your little break, you’ll find you speed up long enough to make up for any time lost at a walk. It’s not uncommon for me to now find that I pass a runner who didn’t stop at the water station shortly after I pick my pace back up.

— You can take multiple cups to get enough: If a single water cup isn’t enough, you can easily take two and drink them quickly as you walk down the line. In fact, I recommend taking two cups during any summer long-distance race, and you may even want to double up during cooler times of the year.

— It helps break up the race and give you a break: Knowing you have a little bit of a break every 1.5-2 miles will help you mentally as well as physically. You can easily break up a race course as just six water stations to go through. That gives you something to easily focus on without overwhelming you.

— Having less of a load will feel great: It’s easy to forget most decent water belts and hydration backpacks are there, but you’re still carrying around an extra piece of equipment. During hot races, that’s sure to not feel as great, and it could slow you down.

— There’ll be no chafing or bouncing concerns: Beyond the speed factor are those of chafing and bouncing. It’s hard to find a water belt that doesn’t have at least some bounce. And even if you’ve finished several successful runs without chafing, the extra push race day brings can cause issues you weren’t expecting.

The Right Way to Fuel During Your Long Runs