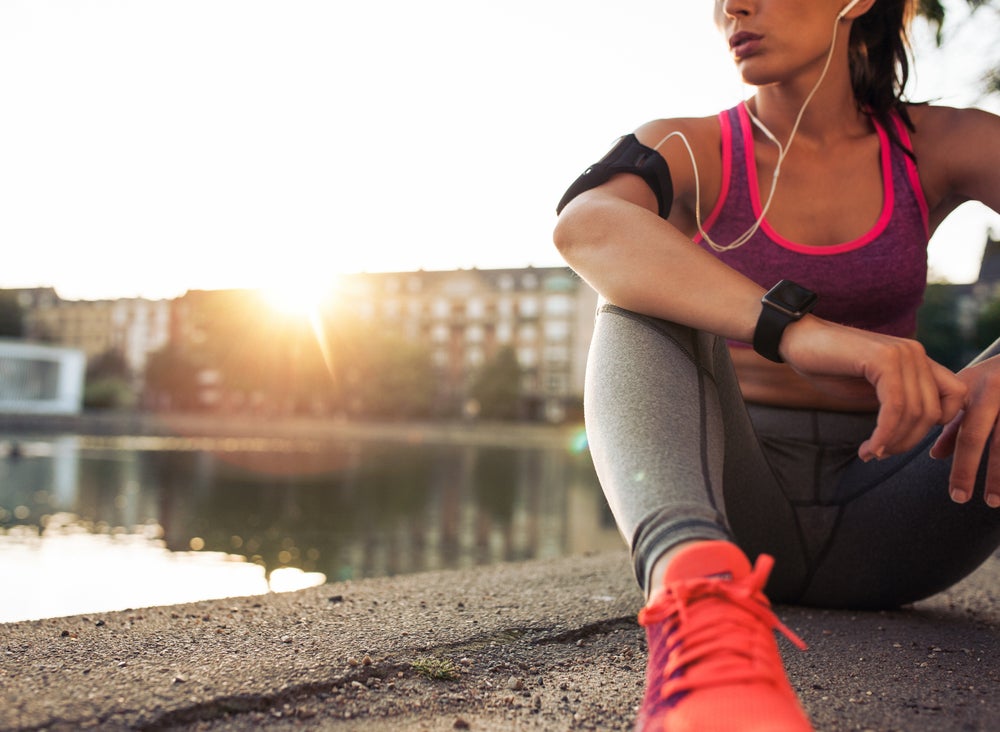 At least when you’re tapering, you are looking forward to a big race. Whether it is your first half-marathon or your first ultra, there is a sense of simultaneous excitement and nervousness, but all in all the anticipation level is high. As you taper, your muscles heal, recover and repair from the stress of training. They become primed for your event. They quiver with excitement and they become difficult to tame.

Then there is the frenzy of preparation in the days and hours preceding your event. You lay out your clothes on the hotel bed the night before. You carbo-load. You drink entirely too much water. You pin your bib crookedly on your shirt. If it’s a really long race, you organize your gels and electrolyte tablets, bars, food and toilet paper for the inevitable times when you arrive at a port-a-potty only to find that 20,000 people have already used it.

Even so, you’re still excited.

You get to the starting line with the thousands of people about to embark on the same journey. There is camaraderie. There is awesomeness galore!

You run your race. You cross the finish the line. You get your medal and pig out on the after-race fare (that is, if they haven’t torn everything down yet—that’s another story). You run into the arms of your family and friends (that is, if they’re not sitting at the Buffalo Wild Wings as you’re finishing your second Marine Corps Marathon—again, another story). You shuffle painfully around in a contented daze, visiting the beer garden and marveling at yourself and at others for completing what you had thought to be impossible just a few months prior.

The drive home is all at once relaxing and extraordinarily uncomfortable but you don’t care, because you are still basking in the afterglow of WHAT YOU JUST DID.

The next day you wear your medal and muscle stiffness to work with pride. You can’t stop talking about WHAT YOU JUST DID to anyone and everyone who will listen. You replay the event constantly throughout the course of the day. You smile to yourself, even as you struggle backwards up and down the stairs in your house.

And then it hits you. It’s over. The training is over and so is the race. The endorphins have evaporated along with all of your energy. And you’re hungry. Like EXTREMELY RAVENOUS. And crabby—well, that’s what your son says, anyway. You’re still shuffling about but no one thinks it’s cute anymore. And nobody wants to hear about WHAT YOU JUST DID. You’re even tired of yourself.

So you write your blog posts, attempting to process it all and relive every single moment. This is when you start thinking of other races and when you can start training for them. And even though you know intellectually that you need to REST, RECOVER and REPAIR just like you did during taper, you really don’t want to. You want to continue as before, running your mileage and doing your thing. But the thing is, YOU SHOULDN’T.

But this time you don’t have extra energy to burn off. The physical exhaustion and mental fatigue are overwhelming, and all you want to do is sleep—and run. You want to run so badly that you get up in the morning a few days later at your normal 5 a.m. time, put your clothes on, drink your coffee and then are inexplicably unable to get out the door.

“WHAT. IS. THIS?” You ask yourself, exasperated and annoyed. And heavy-lidded.

It is your body putting on the brakes screaming, waving the red flag and throwing down the yellow card, “I need a break. I need some downtime. I need to lie in bed and just dream. And I’m going to need you to oblige.”

So somewhat unwillingly and indignantly but somehow relieved, you oblige.

Related:
How To Recover Properly After A Race
Recovery Does Not Make You Weak

We Know We Have To Taper—But Why Exactly?

13 Tips For Running Your Best Half Marathon