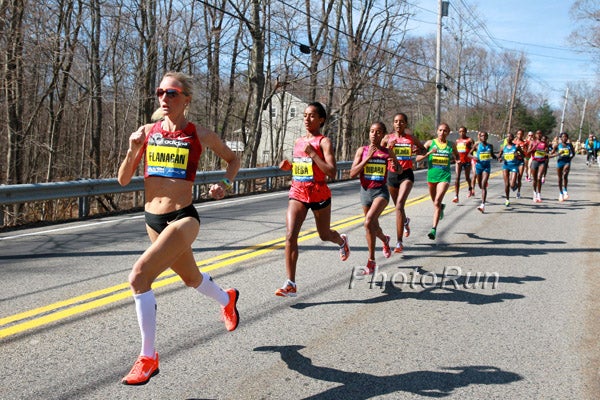 The second stop on my quest toward the coveted Triple Crown here in San Diego happened on Sunday—the La Jolla Half Marathon. In case you don’t follow me on various social media outlets, I was out of the running game for a good six weeks following the Carlsbad Half in January, so I wasn’t as fresh as I wanted to be going into this race.

And unlike Carlsbad, I ran alone, giving my boyfriend the nod of approval to rock the race (he finished in 1:36), leaving me to suffer solo through 13 miles, with no watch, no on-course clocks and no headphones to drown out the pain. Difficult would probably be a sick understatement—the race was atrocious. I underestimated every part of it: the hills, the “flat” parts, the downhills, my familiarity with route, my “natural” fitness and my general ability to just suffer successfully. I didn’t DNF, and I ran a respectable time considering the situation, but I crossed the line in a wave of disappointment as I caught the digits on the clock. It was a near personal worst, and my upset stomach directed me to a vacant corner of grass to curl up and just pretend to be invisible. (All reasons why I do not have a post-race pic for this blog.)

Elite runners make a living by doing something that I choose to do recreationally, on my own terms and on my own time. I’ve had countless discussions with non-runners that appear unsympathetic to poor races on the professional level. “Oh, it’s just like a bad day at work,” “They get paid to just show up, so it doesn’t matter,” or my personal favorite, “It’s just running.” Statements like these are clearly spoken by someone who has never witnessed a race like Shalane’s this past Patriot’s Day. The woman ran with power and held nothing back, commanding the race from the front, a gutsy strategy that rarely results in a win. She led a pack of the world’s greatest runners for well over half the race, resulting in a 3-minute PR and the fastest time run by an American woman ever at the Boston Marathon. But she faded heading into the hills, allowing Rita Jeptoo to defend her 2013 title and grab a new course record.

But it wasn’t Shalane’s unexpected seventh-place finish or any crunched numbers that got me thinking. It was the emotion she carried with her, both during the race and after crossing the line. She performed with determination on her face, power in her gait and love in her heart during the entire 26.2 miles, and the tears she choked back during a post-race presser were enough evidence that this “job” was and is rooted deeper than her Nike contract. I checked a few of her posts on Twitter the days following Boston and recognized the tone of her words. She was healing from a broken heart with her family and friends—something I’ve done many times in the past.

I would never wish a terrible race on any runner, but Shalane’s brave display of patriotism and vow to return in 2015 to challenge Jeptoo gave me the extra fuel in the tank I needed after cresting the mile-long Torrey Pines hill halfway through my race (and cursing the “flat” road leading down into the finish). Shalane is one of the toughest American runners I’ve ever followed, and if someone of her caliber can sit in front of hundreds of reporters and millions of viewers and say, “I’ll be back until I win it. I’ll be back to challenge Jeptoo,” I can certainly grit through a measly 9 more miles to the finish.

Perhaps that’s the magic of being a runner—whether or not you know it, you’re inspiring someone else and helping her across the line. And even if you don’t realize it, you may be someone else’s support system after a crappy 13.1 miles. So this year’s La Jolla Half Marathon is dedicated to Shalane Flanagan, my unknowing supporter on Sunday morning. I wouldn’t have finished it without you, and I only hope to handle my next half, America’s Finest City Half Marathon, like you handled Boston—like a boss.