Growing up, I thought my weight and my looks defined me. I attached shame to the number I saw on the scale and I took it personally when someone called me fat or ‘hippo.’ Today, I know that weight is nothing but a number. I know that strength and health don’t look a certain way, that they feel a certain way; but it took me decades to come to that realization. I’ve learned that it’s up to us to set the standards that we want to live by. We make the rules. So why are we standing by and allowing presidential candidate Donald Trump to use words like “fat” and “pig” when he talks about women?

Place your politics aside for a moment, and grab your compassion. The way Donald Trump talks about women is degrading and it’s unacceptable that we aren’t standing up for ourselves and demanding respect.

In just one of many examples, the things Donald Trump said about former Miss Universe Alicia Machado were downright appalling. In reference to the weight she allegedly gained during her year as Miss Universe, Donald Trump said to a reporter: “She gained a massive amount of weight, and it was a real problem…she went up to 160 or 170. So this is somebody who likes to eat.”

Eating isn’t a problem, and a woman’s weight doesn’t define her.

I want to show you a picture of me taken just last week during a 10 mile race. I weigh 168 pounds and this strong body ran an average pace of 7 minutes and 53 seconds per mile. Not only is my weight not a problem, but I’m the strongest, happiest, healthiest, and most beautiful I have ever been in my entire life. 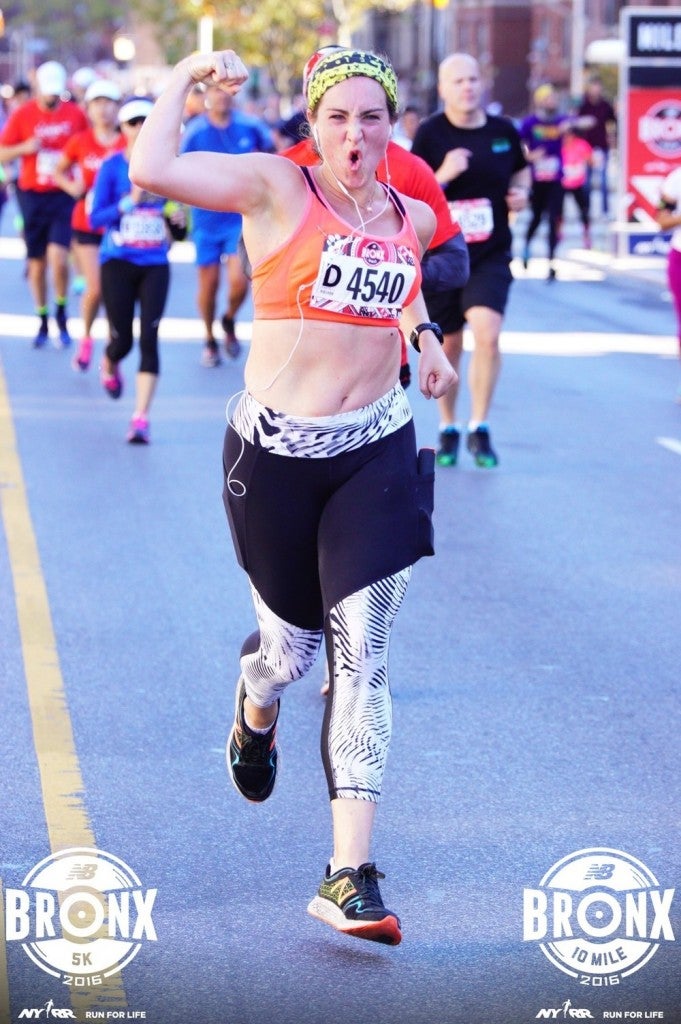 The way Donald Trump talks about women is unacceptable and it’s not okay that we aren’t speaking up for ourselves. We have to step up, come together and take a stand against body-shaming and disrespect. It doesn’t matter what political party you identify with, we have to stand together and send the message that we demand to be treated with respect.

The next time you want to judge a woman based on how she looks or how much she weighs, Donald Trump, remember this: beauty doesn’t look a certain way, it acts a certain way. Strength and confidence aren’t attributes attained at birth, they’re skills you have to work for. And any self respecting woman who knows that, should either demand change or vote accordingly in November. (Not registered to vote? Don’t worry! Head over to https://www.iwillvote.com and register to vote right now.)