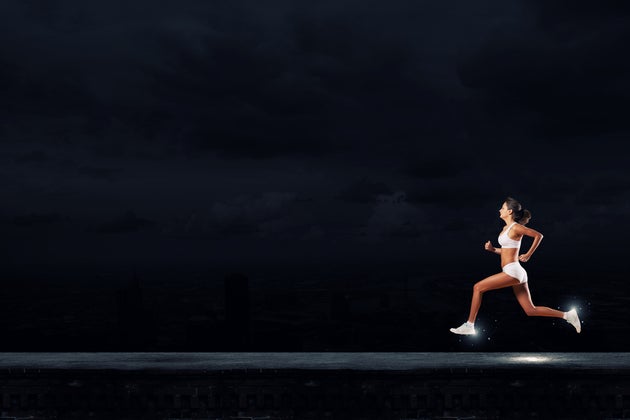 Pacing is one of those tricky elements of racing that you have to play with and individualize. Although there are some basic rules about what should work, I think everyone can bend those rules to fit their running style.

When I coached cross country, we always told the runners to not go out too fast. It is so easy to get caught up in the excitement at the beginning and head out at full speed only to find out that after one mile, there is no gas left in the tank. I break this rule almost every time I race and I do it for two reasons. The first reason is I like my first mile to be fast. It gives me confidence for the rest of the race. The second reason is that even if I lose a little steam in the next few miles, I feel like I have a time cushion because of the first mile.

Different races require different paces for the average runner. If you are a super fast runner, I imagine that you will be super fast no matter what distance you do, but the average runner has to differ the pace for longer races. If I am doing longer than a 10k, I slow my pace down to a nice, steady, slow rhythm. I try to maintain a speed that feels comfortable and that I can continue through the miles.

Some runners run a steady pace throughout a race. I have two friends who run like this. They never stop to walk or for water, they just keep coming, determined to beat the competition with their dogged persistence. I do think there is a difference though between a runner who runs a steady pace and a runner who runs a never changing pace. I believe the second is a recipe for failure. The terrain of a run varies so you have to change your pace to match your terrain. Always running the exact same pace is like someone who never changes anything in a daily routine. You cannot grow and improve if you do not experiment with different changes to your running.

Take advantage of hills by varying your pacing. I stretch out my stride on downhills and shorten my stride on uphills. If you can become strong on hills, this is where you can leave the competition behind.

I also do something else that not everyone is a fan of doing. I run for as fast as I can for as long as I can and then I just walk several feet to catch my breath and then I’m off again. It makes me feel stronger and the walking break is so short that it doesn’t hurt my time. Just be prepared because you are going to anger at least one person that you beat even though they never stopped running.

Pacing can be a mental game. One of my favorite cross country runners used to start dead last because she knew she was fast enough to pick the other runners off one at a time and mentally, it forced her to run faster. Although I would not advise anyone to do that, it is a good idea to pick a person who is a little in front of you and push yourself to pass that person, then pick the next person. This will give you something to focus on and push harder to achieve.

Pacing is something that you have to experiment with and tweak as you go. Do not be afraid to try something different or to stick with what works even if it goes against the rules.