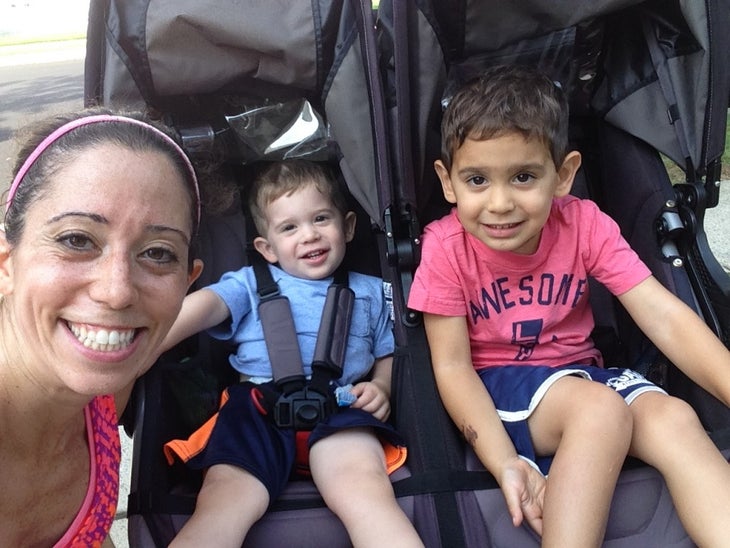 As the mother of two young boys and an avid marathoner, Michele Gonzalez has her hands full. She ran her first marathon while attending West Point, but it wasn’t until her three deployments to Iraq that she truly discovered her love for the sport.

“I started running consistently almost every single day during the deployment,” she recalls. “Running makes everything feel back to normal—it made me feel like a part of home was with me.”

During her third, longest and final term in Iraq, Gonzalez trained for her first Boston Marathon and completed the race two months after returning to the states in February 2009. Her next goal was an ultramarathon, but plans shifted when Gonzalez discovered she was pregnant with her first child.

“The reason for my running changed. Before kids it was a way to stay in shape. It was more superficial,” she says. “Now that’s not really the primary reason. Running is kind of my me-time.”

Related: This Runner Mama Ran For Two At The Boston Marathon

Since having her two sons, now 2 and 4, Gonzalez is not only a mother—but she is also an Ironman, ultrarunner, marathoner and a running coach. She says it was never a question that she would continue to run through both pregnancies—“literally until the day before!”—especially since she was fortunate enough to never suffer any serious runner injuries.

“I’m used to running every day, so my OB-GYN said, ‘If you stop that all of a sudden during pregnancy, doing what your body’s used to doing, that almost makes things more complicated,’” she explains. “I was healthy, so that’s what I did until they were both born.”

TIPS FROM THE COACH