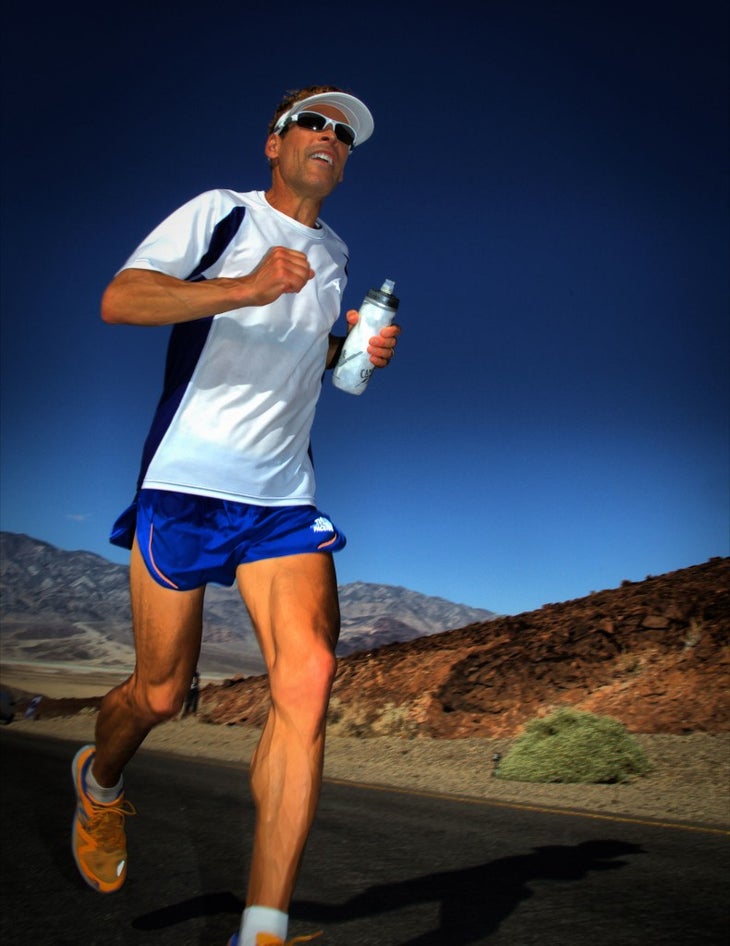 Here are some tips from ultrarunner, writer and all-around motivational force-of-nature Dean Karnazes.

Ultrarunner Dean Karnazes usually runs a marathon before breakfast. At least that’s on an “ideal day” for him. Let’s face it— he’s made up of different material than those of us who haven’t run a marathon yet. But the 52-year-old’s dedication to the sport of running, and fitness in general, finds him motivating all kinds of runners. In advance of the Seattle Marathon this fall, he took a few minutes to give us seven tips for marathon newbies.

If your New Year’s resolution puts 26.2 miles squarely on the 2015 calendar, take note:

For those of you who think 26.2 is a good start, Karnazes is particularly encouraging of women competing in ultramarathons, noting that women routinely beat men at endurance sports. He points out the marathon time for winner Mirinda Carfrae (2:50:26) at the Ironman World Championship in Hawaii this fall was quicker than that of top male finisher Sebastian Kienle (2:54:36). “I’ve been what they call ‘chicked’ before,” he says, “and I’m damn proud of it.” He credits women with having a greater threshold for pain.

Who Is Dean Karnazes?

For a little more inspiration from the man who calls marathons his training runs:

His ideal day: starts with running a marathon at 3:30 or 4 a.m. before he makes breakfast for his teenage daughter and son. He does five or six circuits throughout the day that include pullups, pushups, situps and lunges. He cross-trains by cycling or an Elliptigo. The afternoon includes 10 to 12 miles as a tempo run or hill repeats.

“Too many” ultras: Karnazes runs up to a dozen in a year.

Marathon racing fuel: During the New York City Marathon, he consumed one cup of water at mile 18.

Ultramarathon racing fuel: The best thing he’s eaten during a race was a whole pizza, Hawaiian style, rolled up like a burrito. It took him about 10 minutes to eat.

Calories burned: About 28,000 calories over 45 hours of running.

Growing older: As he ages, he says his endurance has improved but his leg speed hasn’t. “I have to work twice as hard.”

Standing office: Instead of working in a chair, you’ll find him bouncing up and down on toes all day long, which is good for both his feet and calves. “Sitting is the new smoking,” he says.

Audio books: He likes to listen to nonfiction as he runs and recommends Sailing the Wine-Dark Sea by Thomas Cahill.

Hours of sleep: About four or five a night.