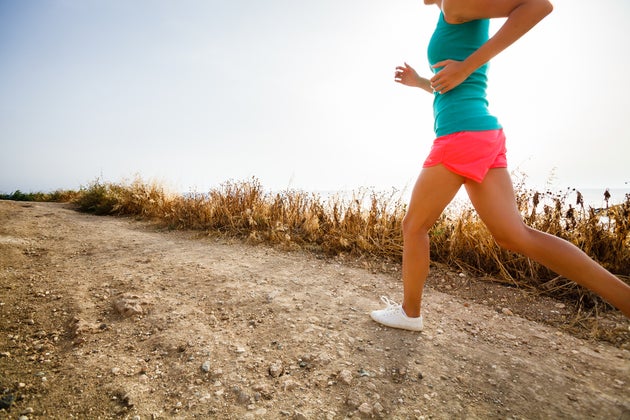 For a half-marathoner or marathoner, the “base phase” of training (also called the introductory or foundational training period) is the first phase of a training cycle. It’s what prepares runners for the more challenging, race-specific workouts that come later.

And the top goal of base training is to increase endurance—or a runner’s aerobic capacity.

So, how do top coaches and athletes define the base phase of training?

Brad Hudson, coach to many elites and author of Run Faster, explains the base phase as:

Other priorities of the introductory period include establishing a foundation of neuromuscular fitness with very small doses of maximal-intensity running and beginning the long process of developing efficiency and fatigue-resistance at race pace with small doses of running in the race-pace range.”

And Bob Kennedy, the former American record holder in the 5,000m, explains, “There are three basic phases to a training cycle: base, strength and speed. The problem that most athletes have is that they think [the phases] are mutually exclusive. I think that the phase of training is defined by what you are focusing on during that phase.

But you always do a little of all of those things. There’s never a time of year when you’re just running mileage or you’re just doing speed. You’re always doing all of it, it’s just a matter of to what degree.”

Any base period should include three components: gradually increasing mileage, the critical long run, and of course, at least one faster workout per week.

Mileage, or the total volume of a runner’s workload, is one of the best metrics for success. Simply put, the more you’re able to run, the faster you’re likely to race.

RELATED: 4 Things To Know About Increasing Your Mileage

To build a strong aerobic engine, gradually increasing mileage during the base phase of training is necessary.

The end result should be a gradual, progressive increase in mileage that will help build endurance, injury resistance and economy.

The almighty long run has become nearly synonymous with endurance. To increase stamina, increase the distance of the long run.

Why? Well, the benefits are clear:

No base phase is complete without long runs. No matter if you’re a miler or ultramarathoner, a veteran or a total beginner, the long run is an absolutely critical component to successful training.

Keep the pace of long runs mostly easy and add about a mile every 1-2 weeks. But every 4-5 weeks, it’s wise to cut the distance back to ensure you’re recovering and not increasing your risk of running injuries.

It’s a common misconception that base training doesn’t include fast workouts. While they’re not the focus, they’re still included to maintain leg speed and neuromuscular fitness (the ability for your brain to communicate effectively with your muscles).

While strides or hill sprints are valuable ingredients in the base phase (and any phase of training!), there are other workouts that will help increase your fitness and overall endurance.

Progression runs where you gradually speed up to about tempo pace at the end of the run is a valuable early-season workout.

Tempo sessions improve your body’s tolerance to and ability to buffer lactate (the byproduct of anaerobic cellular respiration). In other words, you can hold a faster pace for longer.

Fartlek workouts include pickups or surges of a few minutes with 1-3 minutes recovery. These are usually faster than the other two workouts mentioned, so use them only every 2-3 weeks during base training.

Without including faster sessions into base training, runners won’t develop nearly as much neuromuscular fitness, improvements to running economy, and preparedness for the harder and more race-specific workouts that are undoubtedly coming during the later stages of training.

When you combine higher mileage, increasing long runs, and smart workout progressions you’ll build a monster aerobic base that will propel you to new personal bests.

Jason Fitzgerald is the head coach at Strength Running, one of the web’s largest coaching sites for runners. He is a 2:39 marathoner, USATF-certified coach and his passion is helping runners set monster personal bests. Follow him on Twitter @JasonFitz1 and Facebook.