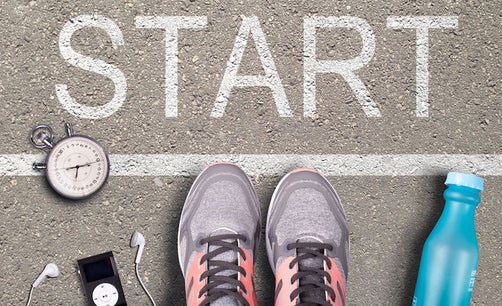 The stress level was palpable at the 2017 Las Vegas Rock ‘n’ Roll Marathon and Half Marathon after the horrific mass shooting that took place in Vegas a few weeks prior. As I waited for what seemed like an eternity in the first corral, I started chatting with the runner next to me. I was racing the half marathon for fun and landed in the first corral with an expected finish time of 1:35 (I finished in 1:37), so when my new running friend told me she was running the marathon with a time estimation of“about five hours!” my mouth fell open.

With a predicted finish time of five hours and 50,000 other racers, she should have been in line much further back, starting about an hour after my corral. Her reasoning? “I want to meet up with my husband as soon as possible, so I just jumped up here.”

Regardless of what time she started, it would still take this runner five hours to get to the finish—and, worst of all, she was going to make a bunch of runners behind her extremely frustrated. My brain struggled to reconcile this nice woman I’d just met with the runner I loathe most in a race: the one who lines up in a much faster corral at the start, regardless of their expected finish time.

This corral jumper was not alone: I ended up having to maneuver around quite a few slower runners for the first several miles of the race. This is nothing new in a big race, but the question remains why it continues to be an issue when it’s so well known how rude and annoying others find this practice to be. After weighing all the possible reasons, here are the few I came up with:

Reason 1: They Don’t Know Any Better

I did not think this was a plausible excuse, but it’s true that many new (and even some experienced) runners don’t know why corrals exist and believe they can line up anywhere, especially in smaller races.

When you are new to running, there is a tremendous learning curve. I can understand if corral etiquette gets lost in the shuffle. However, it should take exactly one race in which a runner lines up in the wrong section for them to understand what’s going on.

Sadly, this is probably the most common reason. Like in the case of the runner I met, this is a self-serving decision, one that largely goes unnoticed and unpunished.

This is typically what happens:

“I lined up exactly correct for the San Fran Nike Women’s Half,” a woman named Lyn recently posted  to Facebook. “This is a huge race of 30,000 participants and so many other women had jumped in the wrong corral that I literally had to walk much of the first half mile because it was so clogged up. Frustrating.”

But sometimes it pays off, if you’re an experienced runner who has been training consistently above your average pace:

“I had just come off a race that I did really well at but knew I hadn’t left it all out in the course,” a woman named Missy reported. “My coach and I discussed it and we determined that I needed to see what I could really do. Luckily there was another race three weeks out but it is one of the biggest races locally. The morning of the race I carefully made my way to the front to get ahead of masses [and I have] never been so nervous for a race because I knew I was up with people I really shouldn’t be. But it paid off! I PR’d by 10 minutes and left everything I had on the course!”

If an abundance of confidence puts you in a speedier corral, then a lack of it may push you back farther than needed. This was a surprising theme on one running social media page.

“Because of lack of confidence, I usually line up slower than anticipated,” a runner named Wendy commented. “Then it’s kind of fun because towards the end I can pass people.”

“I run by heart rate and start conservatively and speed up throughout the course,” a runner named Maggie said. “Most people go out too fast, and I want to start slower than my goal overall pace, so I typically line up in a slower corral than my goal pace and then [gradually] get to goal pace.”

Whatever reason you think you have, unless you’re starting in a slower corral, please do your fellow racers a favor and line up where your fitness level is on race day!

The Best (And Worst) Race-Day Manners

The Worst Race Ever—And How To Avoid Another One