The reason I fell in love with the running community is that it’s welcoming to anyone who has the courage to show up and give it their best. But as a new runner who had virtually no athletic background, I had a hard time believing the running community could be inviting. Everything I thought I knew about athletic people came from TV or my experience in high school. I thought runners were jocks and jocks were known to push theater kids into trash cans. So I kept my distance.

For my first year as a new runner, I ran all by myself. Whenever possible, I ran under the protection of nightfall because I was self conscious to be seen running outdoors. I didn’t think I looked like a runner and I was terrified that someone I knew would see me and ask if I was trying to train for anything. I didn’t think I’d be able to stick with running long enough for it to become a habit. I suffered through my nightly 1- to 3-mile runs because I was bored and desperate to take control of my life again. I just wanted to fill the two hours I had after I left my soul sucking job so that I wouldn’t sit on the couch, snacking and feeling sorry for myself, watching bad reality TV until it was time for bed.

Becoming a runner gave me purpose. It helped me believe in myself when I was too afraid to move on with my life and it showed me that it doesn’t matter how badly I want something, all that matters is how hard I’m willing to work for it. My first few races were mind blowing; horrible and painful but equally life-changing and transformative. Suddenly, I was a half marathoner. And a few months later, a marathoner. I was turning the impossible into the possible and it’s because I ran a marathon that I found the courage to pick up my life and move to New York City. 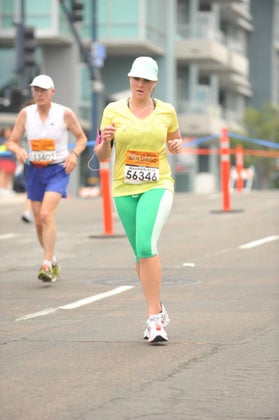 The way I saw it, if I could survive that painful and traumatizing marathon, I could do anything.

I didn’t have a plan. I got a job working at a company as a receptionist and I shared my sister’s tiny 5-foot-by-7-foot bedroom while I figured out where I could afford to live and what I was going to do with my life.

With my newfound courage, I started dating for the first time as a 24-year-old. Yes, you read that correctly. I didn’t go on my first date until I was 24. Up until that point, my life was run by my insecurities. I tied more shame and self worth to my body image than I care to admit and I lived under the impression that I wasn’t worthy of anyone’s love. If I didn’t love myself, why should anyone else? Luckily, with the help of a therapist and my new running strength, I started believing that I wasn’t just worthy of someone’s else’s love; I deserved to give it to myself as well.

Honestly, it’s because of running that I was able to feel empowered in the skin I’m in. Running taught me that I’m more than just a number on a scale or my cellulite and stretch marks. I’m a marathoner and even though I didn’t feel like looked anything like the strong women I saw in magazines or fitness ads, I felt really strong.

But despite my newfound confidence, I was still terrified that the guy I was dating would find out that I used to weigh over 200 pounds and not want to be with me. That’s really hard for me to admit, but it’s true. And after a few months of dating, I started to realize that I didn’t feel comfortable opening up about that part of my life with him. I cared a lot about him and I thought we were pretty happy together; I knew we weren’t right for each other. I was approaching my first breakup and I didn’t know how to breakup with someone. From what I’d seen my friends go through, there’s normally some sort of inciting incident. We didn’t have an inciting incident. I just knew that we weren’t right together and I didn’t want to drag out an okay relationship when I could be pursuing an amazing one.

I felt like I really needed to run, so I did something that at the time, I didn’t realize was frowned upon. I bought a bib to the New York City Half Marathon on Craigslist. I was a two-hour half marathoner and I didn’t think anything of it. The way I saw it, no one would ever find out. I’d get to be around runners and their infectious energy and after the race I hoped I would feel better.

And then I went viral.

That morning, we were in the middle of a polar vortex. It was 20 degrees out and my selfless sister posted herself on a street corner with a sign to support me. I took selfies with hot guys behind me to make her laugh while she froze to death, waiting for me to run by. The thought that anyone other than my 100 Instagram friends or my aunt on Facebook would ever see them never crossed my mind. 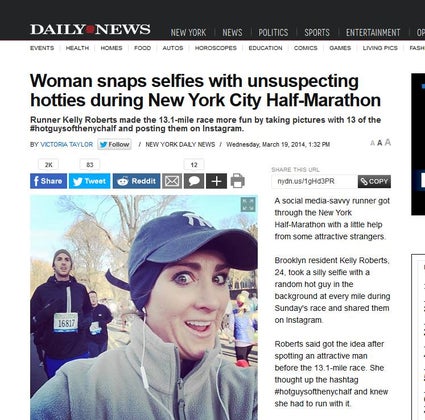 And as difficult as it was to have to swallow the online bullying and shade thrown my way from a small portion of the running community because I bought a bib on Craigslist, I can’t go back in time and I can’t undo what I did.

I’ve seen how dangerous it can be when someone wears a bib that isn’t theirs and needs medical attention mid-race. It puts the race organizers and volunteers, the medical professionals and the runner in a dangerous position. Would I ever wear someone else’s bib for a race that I really wanted to run now? Hell no. Do I regret doing it back in 2013? Not a single bit.

Because that day, regardless of the fact that I never toed the line with intentions of starting a blog or becoming a voice in the body positivity movement, it was the moment that put me on a path towards finding my voice. It’s because I went viral that I was encouraged to start my blog Run, Selfie, Repeat, and in time discovered why it’s so important for to share my shame, share my story and learn how to be vulnerable for the first time in my life.

It sounds stupid but it’s because I took selfies with hot guys behind me that I was given an opportunity to build a platform where today, I get to be a beacon of hope for anyone struggling with their grief, their body image or their running. I get to write articles and create a podcast with the hope that anyone struggling can listen to my stories and what I’ve been through, both the good and the bad, and smile, laugh, or at least feel like they’re not alone.

It’s thanks to running that I have a way to manage my grief and push myself outside of my comfort zone when I define what I can and can’t do. It’s given me a life path that I never imagined possible and most importantly, running helped me realize that there isn’t a piece of my past that I should ever be ashamed of.

Because it’s when we make mistakes that we really learn what we’re made of. When we fail, we get to see if we’re the type of person who lets our failures define us or if they motivate us to fight harder next time. It’s never easy admitting that we made a mistake. But we’re all human. We just have to remember that our mistakes don’t define who we are. When they happen, fight the urge to disappear into the shame cave. Be patient with yourself but don’t be afraid of owning your mistakes.

My taking selfies with hot guys or buying a bib on Craigslist doesn’t define who I am. Nor does my grief, my loss, or my struggles with my weight. They’re all just chapters in my story.

There will always be people who don’t want to see you move on from your past. But they’re not in charge of your story. You are. As long as you’re willing to continue to keep fighting for a stronger and more vulnerable tomorrow, there will always be a new story to tell. 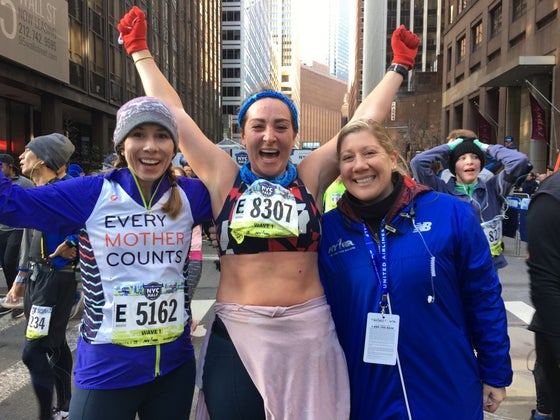