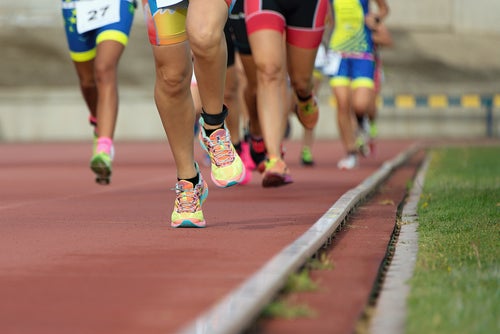 Are You Setting Bad Goals?

When runners get together, their discussions almost always turn to their current goals. (Whether that topic is broached before or after nutrition and bathroom habits depends on the group.) We talk about our goals for distances, finish times, workouts, you name it. The runner that shows up without a goal in sight is rare.

Related: 5 Goal-Setting Tips for Your Next Training Cycle

But not all goals are created equal. In fact, it’s entirely possible you’ve set—and maybe even reached—some negative ones.

Don’t believe me? Be honest: Have you ever set goals based on these three wishes?

All are totally common, even admirable, goals, but they aren’t actually the most ‘positive’ goals.

The reason is simple. Each goal listed above has just as much to do with your competitors as it has to do with you. While you have control over your own abilities, you probably don’t have any control over those toeing that starting line beside you.

But what if you’re talking about a local race where you’re likely to know exactly who will show up and where you stand in comparison? If you have a good race, you can probably beat them. In that case, you’re closer to a good goal, but there are still several factors that are out of your control. Maybe your main opponent has been training with a new coach since her last race and intends to take 30 seconds off her best time. Perhaps that opponent has a wicked-fast cousin visiting on race weekend. You have no way of knowing. If your main goal is to come in first, what will happen to your mental and emotional state if you fall behind during the race?

Most importantly, if you’re having the race of your life and still have zero chance of reaching your goal of winning, have you failed?

I’m not saying you shouldn’t run to win (whatever winning means to you). Elite runner Meb Keflezighi has a mantra for setting goals, and for him its meaning is far more complex than just trying to come in first. You should set positive goals as well, and that means looking at what makes Keflezighi’s goals S.M.A.R.T.

Related: Use this Free Worksheet to Set and Track Your Goals

Your goal should be specific.

Wanting to finish ahead of someone else–sure, that’s technically a specific goal. But it doesn’t offer much specificity in terms of how you need to train or what you need to accomplish on race day.

How to make your goal specific: Focus on the time or pace of your run–regardless of who else is there. If you know your opponent runs a 7:15.0 pace and you want to beat her, focus on what your pace needs to be.

Luckily for runners, distance, time and pace are all easily measured and tracked. This makes it easy to see how close you are to hitting your goal as you train.

How to make your goal measurable: If you’ve chosen a distance and set a pace- or time-based goal, you’ve already done it! If not, you now have your next assignment.

There’s a lot to be said for being ambitious, and I strongly admire those who shoot for the stars. But a S.M.A.R.T. goal takes into account your previous performances, not just your lofty dreams.

How to make your goal attainable: Think about your recent races or training runs and compare those with the goal you’re trying to reach. If you’re new to running, shaving considerable time from one race to the next might be possible. After all, you’re still growing in the sport! But if you’ve been competing and training hard for years, keep in mind that shaving 30 seconds off your 5-kilometer time isn’t going to happen by sheer force of will. Consider whether you believe you have the physical capacity to do what you want to do.

Keep it realistic and relevant.

Along those same lines, know that just because you’re physically capable of training hard enough to reach a goal doesn’t mean it’s a realistic goal for you.

How to make your goal realistic: What would the required training for this goal look like–and are you willing to do it? If this is a hugely meaningful goal for you, making considerable sacrifices might be entirely worth it, but be real going in. If you’re not prepared to put in the work, then maybe there’s a better goal out there.

Deadlines are one of the most important aspects of a S.M.A.R.T. goal. Once you know how fast you want to run a certain distance and have identified that as a goal you’re prepared to work toward, you need to determine when you’re going to reach it.

How to make it timely: Pick a race or choose a date prior to that race when you want to reach your goal. This will not only help you measure your progress against a set timeline, it’ll provide you with additional motivation on training days when you might not feel like pushing yourself.

Why Settle for Just One?

The other thing to remember is that you can have loads of goals for the same race. You can have a goal pace you’d like to hit if you’re having the best race ever and a pace you’d like to hold if nothing goes as planned. You can have pre-race goals, like warming up properly; mood-focused goals, such as maintaining a positive mindset while lining up at the start; nutrition goals (because following a nutrition plan can definitely help you stay on track with your pace) and more.

Related: Get Really Bold and Stay Realistic When Setting Goals

Even after you’ve set all kinds of excellent goals before your race, don’t be afraid to shift them around when race day curveballs come your way. At one particularly memorable half marathon, my goals rapidly shifted from aiming for a considerable PR (which, according to my training, I was totally set to do) to just making sure I got a sports drink at every aid station to ward off the heat exhaustion that began setting in at mile 6. I went from planning to run hard to setting a new goal of maintaining a 170 steps per minute cadence for two minutes and walking for one. But you know what? Even though I was bummed to be so far from my original goal, having those small, secondary goals throughout the second half of the race helped me feel like I was getting in a few wins.

And if you ask me, feeling good about myself as I cross the finish line is a pretty darn good goal on its own.

Here’s How to Make Those Dreamy Goals a Reality

Why Goal Setting is the Hardest Part of Running

This is Making Setting and Sticking With Your Goals Even Easier