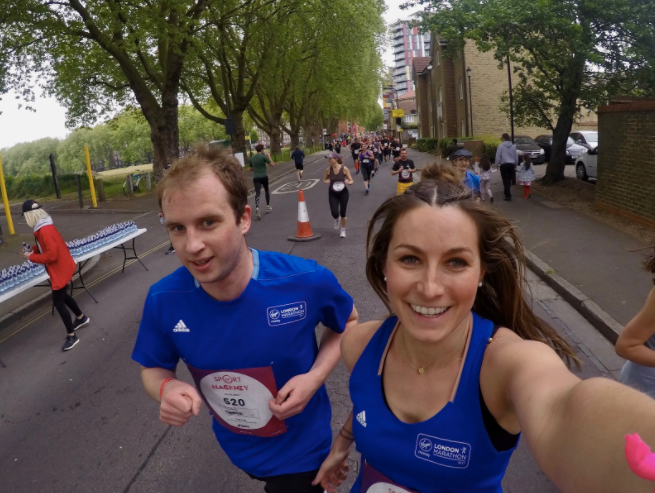 I recently took part in a 5.5K race and although the course left a lot to be desired, my overall experience was great. 5.5K is a pretty random distance and doesn’t even make a round mileage, like an 8K (5-miler), so it’s hard to know exactly why the organizers chose it, aside from the fact they could use the tagline ‘110%.’

However, despite the odd distance, I loved it. And it seems that stepping away from the traditional 5K, 10K, half and full marathon distances is a trend that is set to continue.

The best thing about running a random distance for the first time? An automatic distance PR! It also means you can run for fun without stressing so much about your finish time, because no one will ever ask what your 5.5K race time is. Unless you run the same race every year, you have nothing to really compare your finish time to.

London is hosting a 10-miler—the first big event of that distance—later this month. It follows in the footsteps of the already popular Army 10-Miler and Cherry Blossom races in Washington D.C., and the Lighthouse Race in Wisconsin. I’m keen to test out this distance, given that the 10-mile mark in each half marathon I’ve raced is the point where I think, I sort of wish I could stop now. When I’m out running, 10 miles in my happy distance and my sweet spot, so I’m keen to try it in a race setting.

The mile distance is also making a comeback. Since Roger Bannister broke the four-minute mile for the first time in 1954, this distance has fallen to the wayside somewhat. However, with large 1-mile races in London, New York and Pittsburg already firmly on the racing schedule, it is a great race to test your full throttle speed at. You can do anything for a mile, right?

With less pleasing whole number distances, the Bay to Breakers 7.46-miler is probably the biggest 12K race in the world, and as such is known to be a party through the streets of San Francisco. Similarly, the Honolulu based 8.15-mile Great Aloha Run sounds like a dream. Did someone say racecation?

Often, the random race distances are featured as part of a less traditional race format, such as an obstacle course, a paint run or my personal favorite upcoming race: Run for Champagne. These races do a great job of mixing things up in your running schedule and remind you of how much fun running is.

If running 26.2 miles isn’t quite enough for you, you could always search out a longer distance; such as the Comrades (56 miles), the 155-mile Marathon des Sables or the North Face 50K (31.1 miles). They make for an even more epic tale!

What Our Readers Have Learned From Their Race-Day Mistakes