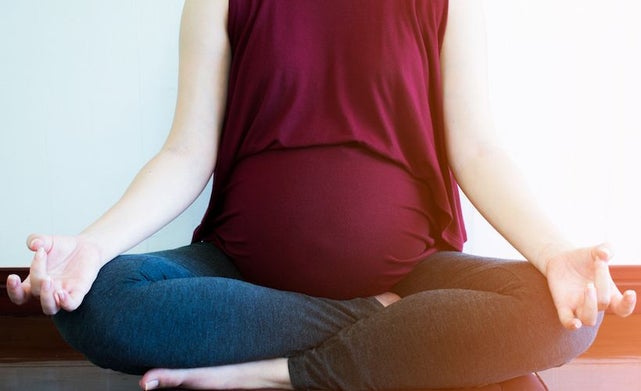 I have been a runner for most of my life. Since I was first introduced to the sport, the things that have motivated me to keep running for 28 years have evolved over time. Right now, I am 26 weeks pregnant–and, although I still consider myself a runner, I am choosing not to run through my pregnancy.

I have been active on social media for many years. I’ve watched women impressively run all through their pregnancies; some have even run marathons or half marathons while growing human beings inside their bodies. I never thought that I would run marathons when I became pregnant, but I did think I would want to run for as long as possible. However, it turns out I have zero desire to run.

Related: Tips For Understanding And Running With Your Post-Pregnancy Body

Early on, my doctor said I was cleared to do any type of exercise I wanted, so long as I didn’t overexert myself. The only thing that he told me I couldn’t do was hike at altitude while on a recent trip to Colorado.

So, if I’m a runner and my doctor cleared me to run through my pregnancy, why did I decide not to run? And if I stop running for a full year or longer (Yikes! That sounds scary to put on paper.), can I still consider myself a runner?

Before I answer those questions, let’s back up a little and discuss how my reason for running has evolved over the years.

I started running in middle school and kept running throughout high school because running gave me something I had never experienced before. It allowed me to escape the discomforts of my personal life and enter a whole new world filled with endorphin highs. Running gave me a way to manage my depression even before I knew what or how to label what I was feeling.

When I had more time to run after college, I decided to train for my first marathon. But my running habits at the time were fueled by my disordered thinking. I ran greater and greater mileage, hoping that running would once again be the cure for what ailed me. It turned out lots of therapy and self-love were the cure, not running excessively.

After recovering from my mental health issues, I ran because it gave me joy. I ran without any specific goals or with any races on the calendar; I ran because I wanted to run. I ran because running made me feel like my best self.

At some point down the road, I had the urgent desire to find out if I could push myself and train hard enough to qualify for the Boston Marathon. My running became goal-oriented and my physical and mental training was driven by the desire to meet my goal. (Which I did!)

This leads us to present day. For the first time since I started running, I didn’t have the motivation to run. I still love running and coaching other runners–and I cried my eyes out when Shalane Flanagan won the 2017 TCS New York City Marathon–but I myself am not running.

I ran a little during the first two months of my pregnancy before I decided I didn’t want to continue. I felt okay on those runs; nothing eventful happened. I just no longer had the desire to run. So, instead of pressuring myself to do something I thought I should do, or to do what I see other pregnant runners do by continuing to run, I gave myself permission to put running on hold.

Putting a pause on an activity I’ve been doing for most of my life has been strange. There’s still a part of me that looks at other women who choose to run during their pregnancies that thinks, “I really should be doing that, too.” But I’m not going to allow myself to compare myself to others. I am giving myself permission to make the choice to stop running for now. And I know that I will run again–I just don’t know when.

So, am I still a runner? Absolutely. I am just a runner on a break. I know I’ll get back to running when the time is right. And I know that I’ll find a new reason to love running as I enter the next phase of my running “career” and life.

10 Things Any Pregnant Runner Will Understand

What You Need To Know About Pregnancy And Running

Tips For Running For Two During Pregnancy