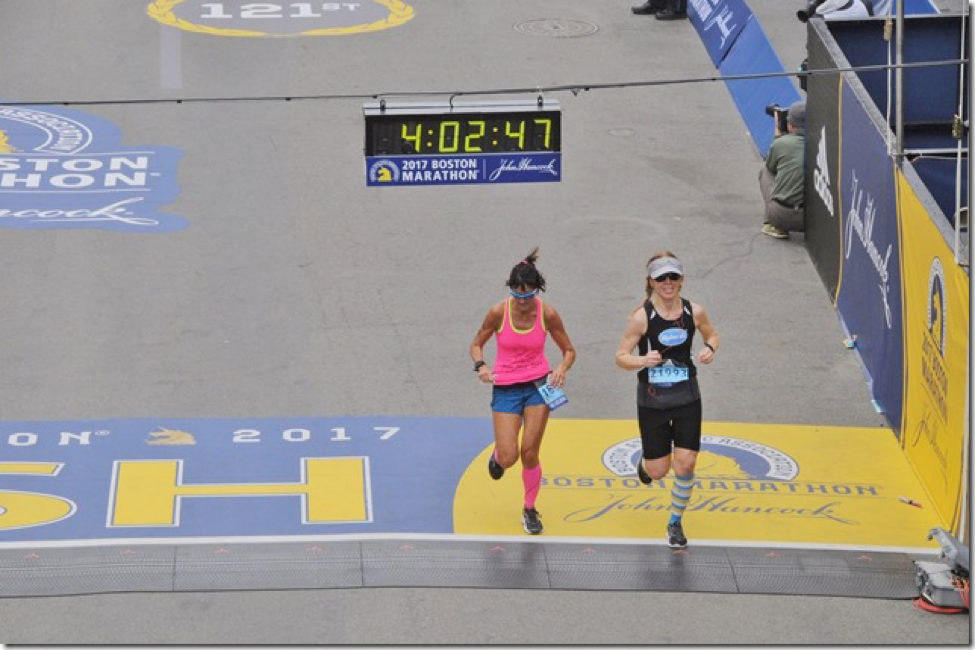 I ran the Boston Marathon this week! It was the most awesome and scary and exciting and intimidating race I’ve ever done. I was asked to run the prestigious race with the Hyland’s Team (an official sponsor of the Boston Marathon), an all-women’s squad running to celebrate the 50th anniversary of Kathrine Switzer’s run. Since I didn’t qualify with a time to get a bib I felt unworthy. I trained hard and really tried to stay positive and believe in myself, but it was hard. Knowing everyone else there was super fast and earned their spot by running a “BQ” made me nervous. So I focused on the crowds, the atmosphere, the experience. Here are six reasons I’m happy with my marathon that have nothing to do with my finish time.

I trained hard and feel in shape.

Even though I was not going to go for a PR in Boston, I trained hard. I did tempo runs (which I never do) and incorporated strength training into my routine (also never do that!). Since I was just aiming to get in good shape, I wasn’t overly concerned with my running times. This helped me focus on my fitness.

I shared my journey—the good, bad and the ugly—on social media.

I was hesitant to use #BostonMarathon on Instagram at first because I knew everyone else using that hashtag was a superior runner. But I wanted to share my journey, however imperfect or random it was with my followers. Putting myself out there knowing I wasn’t the fastest or strongest was hard at first. But it was liberating to share my ups and downs. I’m normal. I have good days and bad days and that’s okay.

I took my mental game up a notch.

I’m going through some tough stuff at home. Running is hard on your body but even harder on your mind. I really had to get in a good place to push myself. I used my mantra “Be Brave” over and over while training, talking about running and sharing my marathon training journey on Instagram. 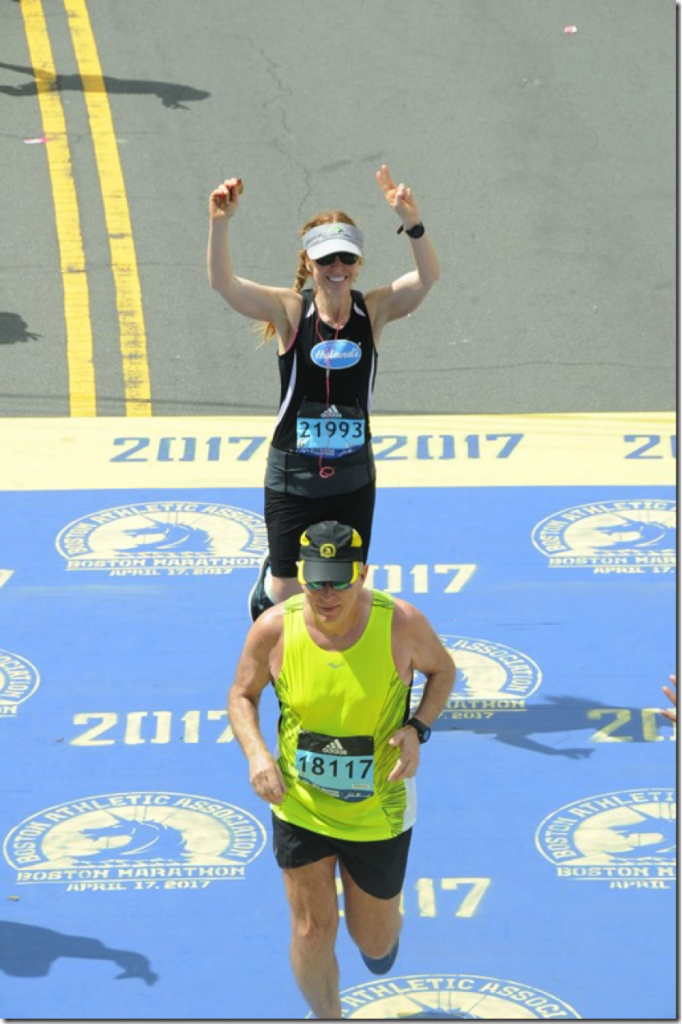 I had to come up with a race strategy.

I never have a plan for race day. Sure I’ve had goals in the past but I don’t show up with a race plan on what pace I want to run each mile. The Boston Marathon is a challenging course because the first half of the course is either downhill or flat. Then, it has some good rolling hills from miles 16 to 20—plus the infamous Heartbreak Hill. I was warned I had to keep it slow in the beginning or I’d have nothing left at the end. In an effort to NOT embarrass myself I made sure to keep it slow for the first 6 miles. And I tried to leave something in the tank for the hills. It was hard and I still struggled on the hills but I felt better knowing I had a plan.

I did it alone.

I traveled to the Boston Marathon alone. Sure I travel alone for races a lot but this was different because I was just feeling lonely and intimidated in general. I have never felt lonely while going to a race before but for the first time I really wished I had a friend to stay with me and run with me. Two nights before I was leaving to fly from LA to Boston, I started to get very stressed and sad about going alone. Part of me wanted to just stay home. But I pushed myself knowing I would regret it later. I showed up. Sometimes when you’re in a hard place in life that’s all you can do and that’s okay.

The Boston Marathon is the most respected marathon in the world. It was such an honor to be among the best marathon runners on this legendary course. I made sure to take it all in and try to remember it.

5 Things No One Ever Says After Running The Boston Marathon

I’m Not Running Boston This Year (Even Though I Qualified)