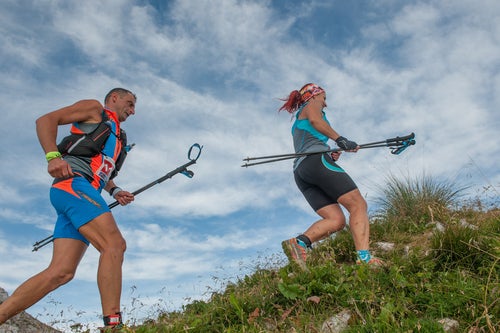 It feels like you have been running forever! You’ve already gone through your to-do list and decided what post-run snack you’ll devour. But a quick glance at your watch reveals that it’s only been five minutes, and you were planning to run for 40. If you become mentally overwhelmed by a run, you aren’t alone. It happens to everyone! But there are ways to reengage your mind and get more enjoyment out of the runs that prove more difficult.

For starters, break the run up. Only 15 minutes more until you’re halfway done! I’m not mathematically gifted, so splitting my runs up into halves or even quarters tricks my brain enough to stifle those Ugh…I’ll just stop for a minute moments.

When my mind (or my legs) would rather be at home with a good novel instead of running, I practice being present in the moment. This means suspending my thoughts about the next five miles and focusing instead on the mile I’m currently running. I look at the scenery and focus on each footstep. Go ahead and try it; you’ll be surprised by how much you normally miss and you’ll gain greater appreciation for the world around you.

It depends on the person, but I love language, so I distract myself with mental games that involve linguistic gymnastics. I translate songs into Spanish. I pretend I’m the protagonist in a story about a runner. Sometimes I play the “I went to the store and bought…” ABC memory game, which is most suitable for multiple players but equally entertaining to play alone.

If those games sound like torture to you, then think about the things you do enjoy. For instance, I have a friend who solves math problems while running. Some runners even go through the periodic table of elements in their head. That’s what’s so neat: everyone is unique! Whether you’re developing a character in your next book, reciting countries of the world or conjugating French verbs, you’re having much more fun than if you were counting down the minutes until your run is over.

I can’t promise that diverting your attention is going to revolutionize your running experience. But here’s what it will do: it’ll relax your mind and make for a much more pleasant experience. What’s more, you’ll be exercising your mind, as well! Truth be told, I’ve come up with some of my best ideas while running. So please: don’t let fatigue take over and wreck a run. Instead, engage your mind and cruise on through.

How To Ditch The Negative Mindset On Your Next Run

5 Fun Songs To Sing To Yourself As You Run

5 Ways To Deal With Mental Demons

A Half Marathon Training Plan For Every Runner