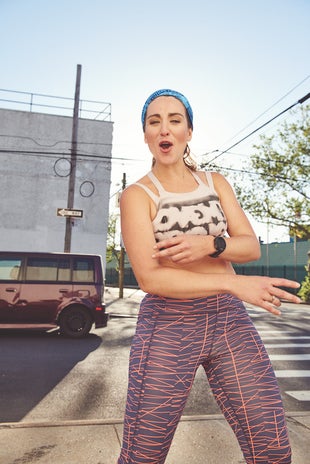 Once upon a time, a runner named Kelly Roberts took some stealth selfies with attractive men in the background during a half marathon to make her sister laugh.

The story went viral after posting them on Instagram with the hashtag #hotguysofthenychalf. Then she started a blog that many runners might know—Run, Selfie, Repeat. Then she took off her shirt and created #sportsbrasquad, a movement motivating other women to feel comfortable baring their bellies on the run. Then she came damn close to qualifying for the Boston Marathon during #BQorBust, when she shared honest videos explaining the good, bad and very ugly of marathon training.

But it’s not Kelly’s addictive energy, impressive speed or boldness in shedding clothes on the run that she’s most praised for—it’s the message behind her madness.

“I spend so much time encouraging women to put in the work and love the skin they’re in,” says Roberts, who has accrued 50,000 Instagram followers along the way. “[But] I realized I’m doing everyone a disservice by just stopping there. That’s only half the battle; the other half is doing
everything you can to work toward the healthiest and
strongest tomorrow.”

Roberts delivers her body-love message through movements like the #sportsbrasquad. “I didn’t realize the importance of it until I took some time off [from running]. I felt so ashamed in my own skin. I just lost some muscle mass. How do you learn to love the skin you’re in when you’re not 100 percent
training? You can’t [train] all your life.” Since her first shirt-shedding post in summer 2016, Roberts continues to try to “draw a circle around how I feel and force myself to ditch my shirt, because it’s always so much less intimidating once I’m in my sports bra.”

Roberts also motivated other runner women to pursue their strongest, healthiest selves by very publicly pursuing a Boston qualifying (BQ) time at last year’s Chicago Marathon, where she missed by just 5 minutes in her first attempt. She tried once more at this year’s London Marathon, falling short but finishing the race. Combining her knack for humor and directness, she showed every person how rewarding and devastating it can be to chase a sky-high goal.

Roberts says she is shelving her BQ dreams for now, shifting her focus onto her work to lift others up. She explains, “We’ve been shown what it means to be desirable and beautiful. I think honestly that’s one of my favorite parts about running; strength is not tied to a number on the scale. I can have stomach rolls and muscles, because I feel like I’m the best version of myself when I’m aware of how much of myself I’m giving to a goal. That goal isn’t to be skinny; that goal is to kick ass and take names.”

Roberts hasn’t always been so sure of herself as an athlete. The Oiselle-sponsored runner admits there was a time that she felt “I was at a party I wasn’t invited to because of my shape, or because I wasn’t a serious runner,” after receiving comments and emails from followers regarding her “stupid” selfies. However, it’s thanks to this very humor, authenticity and, yes, shape that her voice touches so many fans.

The Run, Selfie, Repeat community has now expanded from one selfie to one “badass lady gang,” and Roberts has started a podcast sharing her blog’s name—with a second show on the way. Roberts also plans to bring her humor to life through a self-help book targeted toward a younger generation. “I think it’s important to share your shame. It’s easy to look at what I’ve been through and think it happened overnight. And it didn’t.”

Through all this, her larger goal is to push the conversation forward of how we think about body image and inclusivity across running. Roberts believes progress has been made—but there’s still a long way to go: “I think if we were running a marathon we would be hitting 5K.”

Two Plans Are Better Than One

The main purpose of these training plans, provided by Roberts and her coach, Josh Maio (also the co-founder of Gotham City Runners), is to inspire beginners to do the (seemingly) impossible and motivate veterans to aim for their strongest 5K. Roberts says, “What do you have to lose? Write that down. It will feel so much less impossible or scary or intimidating. Ask yourself what failing means.”

She explains, “I thought the second I started treating training almost like a job, it would ruin the magic. But when I found Josh Maio, I realized I was wrong. He knows how to listen just as much as he knows how to give you a good Disney movie motivational speech. He just cares.”

For Roberts, enjoying the workouts is key—even if it takes a few tries before you’re loving it. “Your training plan should push you outside of your comfort zone, but it shouldn’t be boring.” If this is your first rodeo, or you’re getting your legs back underneath you after time off, the “beginner” plan is for you, says Maio. If you’ve been running consistently and want to push yourself—maybe go for a PR—the “strongest” plan is for you. And don’t worry—the Kelly-isms along the way will make you feel confident, able and maybe even a little pumped to tackle a new workout.

Check @WomensRunningMagazine and @KellyKRoberts on Instagram this summer as we all train together for #badassladygang5K, culminating in a virtual 5K for everyone! Share your run photos with that hashtag to be featured on our homepage!

Zero To 5K To Half Marathon Plan 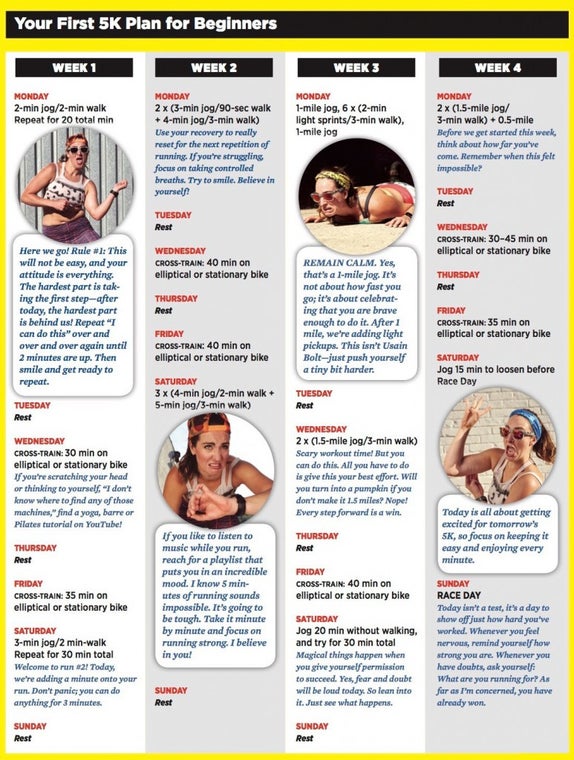 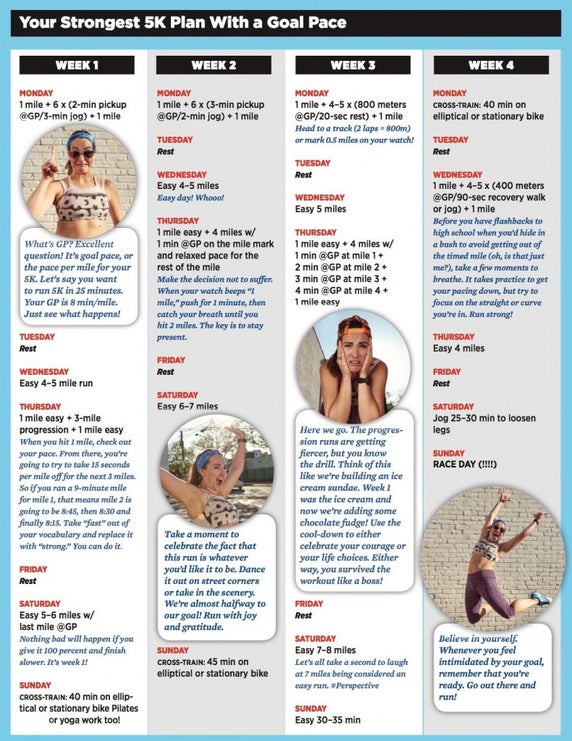