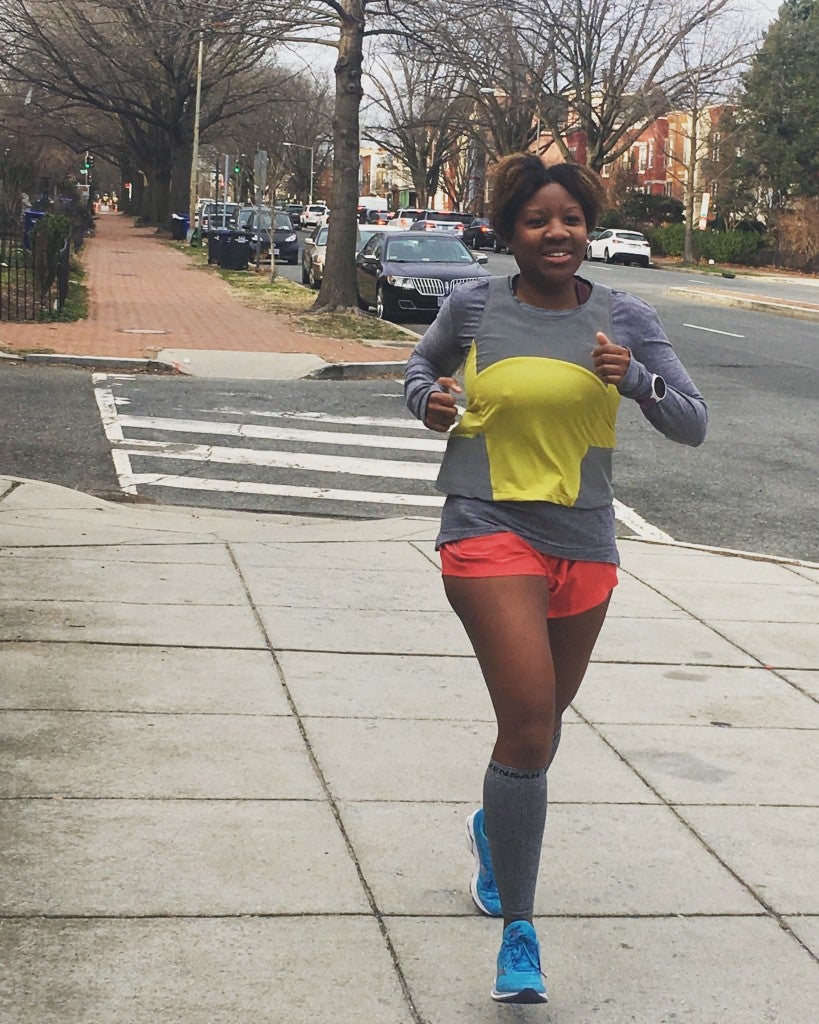 I’ve been thinking quite a bit about my progression as a runner; I’m really proud of how I’ve managed to grow as a runner over the past year and a half. Not only in terms of getting faster, but in terms of the knowledge of running and my body—and myself, more generally—that I’ve gained.

As I was reflecting on lessons learned, I wanted to take the time to share how I’ve worked hard to get faster—in the hopes that some of this might resonate with you, as well.

Figure out what training method works for you.

Then, exploit it. For me, I’ve found success in the Hanson’s Method (read more about that here) and running relatively high mileage. Once I realized that method of training was successful for me, I doubled down on it. I have used the Hanson’s Method for over a year now and I plan on using it to train for all of my goal races for the foreseeable future.

All of the non-running stuff (nutrition, rest, stretching, cross training, etc.) is important. But if you want to become a faster, more confident runner, you need to be consistently running. When I look back at older training cycles, I was so inconsistent I was never able to really get into a groove. Nowadays, I pick a couple of big races that I train really hard for; then I race shorter races to keep speed and make sure to keep my base up with lots of easy running. The consistency has allowed me to keep my fitness gains and not lose much fitness in-between harder training cycles.

You have to want it.

I honestly think this has been the most important factor in my getting speedier. I have really wanted to grow and improve as a runner and that has meant a whole different philosophy in terms of how I’ve treated my training. I’ve been willing to make my training a priority in my life and that has made a huge difference. Also, really wanting to improve and hit my goals has made a big difference in my mindset around tough workouts. I’ve attacked my workouts with the mindset of, This is what I need to do to be successful, rather than my previous mindset of, Well, I’ll half-ass this and see what happens. As you can imagine, that’s a game changer.

I don’t think that speed is always the goal. However, as I have been able to set some time goals for my races and have some success watching myself get faster, it has been rewarding to see results.

How do you motivate yourself in your progression as a runner?

How I Went From Hating Running To Becoming An Ironman

10 Training Tips And Tricks To Keep You Running Strong