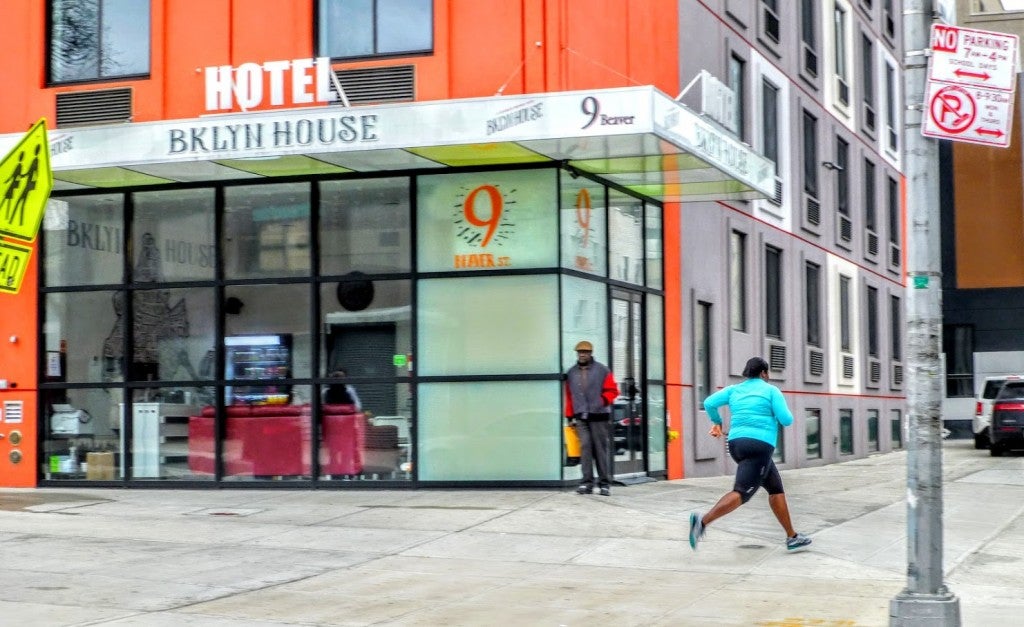 During my latest Sunday Runday 11-miler, I had a few hours to ponder the meaning of life, why I chose to run this or that hill on purpose, why my son hovers over me while I’m eating because how in the world could he still be hungry, and how gorgeous the day was even though it was nippy as all heck and it’s supposed to be spring. The one thought that stuck out as worthy of more pondering was the fact that in running as in life, everything is relative. Things that came to mind this past Sunday Runday:

Your journey is your own.
I used to get pissed off at those jerks—yeah, you know who they are—those people who taunt you silently, running an extra loop or two at the 5K you still have not finished. I used to look at these people with disdain and wonder why they would want to run more than three miles in the first place, and also, why they would parade in front of people who clearly had no fast twitch muscles in their body. They are not jerks. They are taking advantage of a marked course, the opportunity to get a longer run in with (maybe) some faster running. Or, they come back and support a friend who hasn’t finished yet. (That will never be me, by the way, so friends, if you are expecting this from me, you should probably get a faster friend). Everyone has their own journey, so let’s just let everyone be. Run the 10k course three times. Support a friend. Run it once and be done.

Everything is relative.
I find myself saying stuff like this a lot: I only did 10 miles today or I only did a half marathon or I only did the 35-mile race, hundos are for the crazies…I realize that I have turned into that runner who says things like this. I now understand. When I say I only did 10 miles today, to me this means that maybe I was supposed to run more or maybe in the grand scheme of things like training for an ultra marathon, the ten miles I just did wasn’t enough to call a long run. I realize that some folks might think others are bragging and trying to make them feel bad about your two- or seven-mile training run (maybe some people are), but an important thing to remember is that everything is relative. What is a long run to you may seem impossible for someone else and vice-versa. Let’s always keep in mind that everyone has different goals, methods to achieve those goals and most importantly—that we are not all at the same place in our running journeys. Enjoy your own mileage. Push yourself if you want. Support and encourage one another no matter where we are and do not get discouraged by people who run longer, are faster, or are more experienced. If that were the case, I would never have even tried to run my first mile ever. DO YOU.

Read More:
Why One Race Changed My Perception Of 10Ks
Do You Kill Your Own Race Buzz?

How to Connect Long-Term Goals to Your Daily Runs

Why New Runners Should Visit the Running Shop