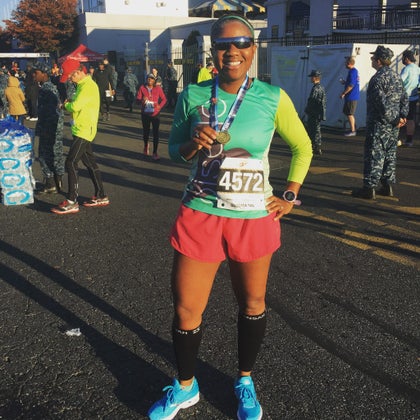 In the fall of 2015, I ran two marathons, a 10-miler and two half marathons—all within the span of six weeks. Needless to say, by the time I ran that last half marathon (race 20 of the year), I was exhausted. I took about six weeks off and then started training for a goal half marathon.

After finishing my goal race in March (and crushing my goal—read more here), I ran easy for the next two months before starting another training cycle. I trained hard through the summer and early fall for an October marathon. After running Chicago, I was in another off-season. I am a big believe in the off-season—I think not taking an off-season is a critical mistake that some runners make.

There are four ways that I use the off-season to get ready for what’s coming next.

The off-season is a chance for me to relax. While I always keep running in some form, during my designated off season, I run mostly easy and without a set schedule. It’s a chance for me to give my body a break after months of hard work. I know some runners struggle with this, but I don’t! I enjoy the break and I enjoy running for fun. I do occasionally race during the off-season—I’ve even set a few PRs during my off seasons this year due to residual fitness from training—but I don’t go into races trying to PR or with big goals. I take races (and running) as they come during this time.

I also make sure to do other fitness activities. I take more long walks, ride bikes more and am general am just much more laid back about my fitness during this time. It’s quite fun and honestly, I think this is enough reason to take an off season in and of itself.

The second thing I do during my off-season is work on my mental game. This is something I’m always working on, but during the off season, I look back at my last training cycle and let go of any doubts that are lingering or any bad feelings about races. There is always a sense of “coulda, shoulda, woulda” and I try to leave that behind during my off-seasons. I don’t want to take that into my next training cycle.

This is maybe my favorite part of the off-season—planning what’s coming next! I love setting goals and scoping out races and making all the plans. I am careful not to actually pay for anything until I’ve had a bit of time to process but the planning is the best. I like to sketch out broadly how I think the next 6 months or so will look like so I can be thoughtful in choosing races.

Finally, if I’ve got any weaknesses in terms of areas where I’m lacking strength (ahem, hips!), I work on my plan to address these weaknesses. This might include upping the strength training, stretching more or whatever the case may be. Now is the time to get all the small things taken care of before you jump back into training!

Do you take an off-season? What do you do during yours?