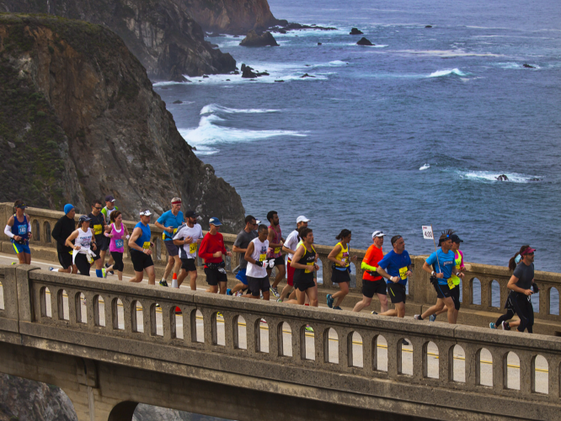 There are many articles about how to train for a 26.2-mile run, but some are as compelling as the bread aisle at Target. I’m still not the runner who thinks anyone really wants to read a thousand words on glycogen levels and tempo runs.

Several columns strongly suggest a person run one year, minimum, before attempting the big, bad marathon. However, I started running the day after the Boston bombing and Boston 2014 was my second big, bad marathon; that theory lost me at “Don’t.”

For a fairly fit 45-year-old who started running as a statement against terrorism and then found a home of sorts with running, I have additional ideas on how to prepare for a marathon.

If you have a dream race in mind, consider running another marathon first. Marathons are a lot like dance partners. The first time you tango, it’s not necessarily the best experience. She doesn’t know what to do with her hands, he can easily poke an eye out, and you both wonder what all the fuss was about.

Running a marathon is similar. If you’re looking forward to Chicago, Boston, or Iceland, run another first. Try a few positions, learn to control your breathing, and figure out a coordinated rhythm.

From the beginning, I knew Boston would not be my first marathon. I wanted one under my belt so that I’d learn what works and what doesn’t. Now I’m better prepared to look past the sweat and awkward eye contact to thoroughly enjoy the experience. (Yes, I’m still talking about a marathon.)

Pick a good support group. Runners have given me invaluable advice. They’ve sent spreadsheets to track training miles and pace. They respond to questions with tips and funny Youtube videos. They talk about bowel movements over dinner. It’s all helpful.

People who think running is insane are helpful too. Whether cheering me across the finish line with a cigarette in one hand and vodka coffee in the other, or just leaving an occasional thumbs up on Instagram—I’ll take love in any form.

Even naysayers have a role to play. One woman expressed cynicism when presented with the idea that a novice runner with an attitude problem could do this twice in one year. I’ve enjoyed proving her wrong.

Get in touch with your inner child. It’s easy to watch runners grunting and powering through the miles and remark that running isn’t fun. I used to say it. Somewhere around 22 miles, I might still say it.

All I have to do is remember back to childhood, when my mom spent a good majority of her day imploring me to “slow down.” When my twin sons were toddlers, I yelled “walking feet” almost as often as “happy hour!” Like most adults, I’d simply forgotten how good it feels to really move. Try it sometime.

Think happy thoughts. When I ran my second half marathon a few weeks before my marathon, I wanted to beat my best time and finish under two hours. I told myself, when it got really difficult toward the end, that it’s supposed to be tough. If it was easy, I would be doing it wrong.

As I got closer to the end and saw that digital clock high above the finish line, I must have hallucinated, because I’m pretty sure I started moving in slow motion. The clouds parted and angels sang along with Katy Perry on the loudspeaker.

Naturally I began to cry—that ugly cry like when I’m watching Steel Magnolias.

I’ve heard this is normal, but emotional, public breakdowns are embarrassing. Snot runs down my face. It’s impossible to breathe.

And since breathing comes in handy when running, I had a decision to make. Run or cry.

Slow down. If I’m aching or fatigued, slowing down helps me focus and feel re-energized. For my first marathon, conditions were warmer than anyone thought possible in December. Then we all remembered we were in West Palm Beach, Florida.

As condition signs went from normal to cautious to dangerous, I slowed down and started looking for an exit strategy.

People vomited and passed out in the grass, and I slowed down even more. I felt better and kept that pace, still finishing in less than 5 hours.

In the end, this experience will be sweaty, uncomfortable, and exhausting – but also exhilarating and empowering. Practice a little, and give it a go.

5 Tips To Help You Stick With Half Marathon Training