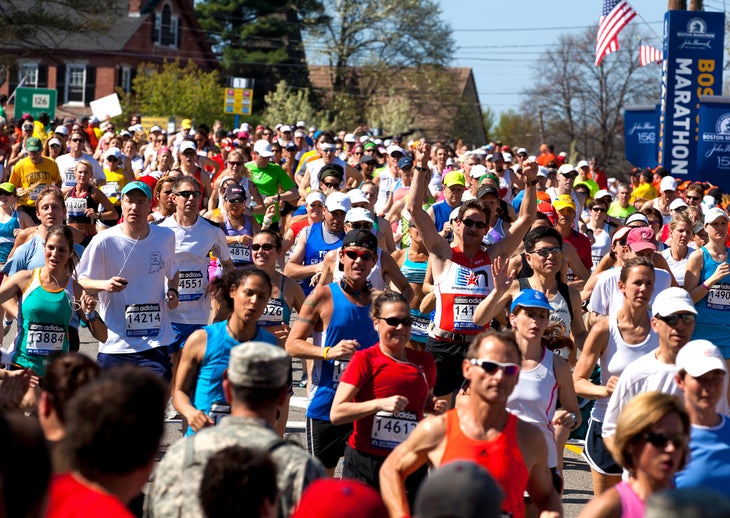 You train for months, circle that registration date on your calendar and totally slay your Boston Marathon qualifying age-group time by a handful of minutes. You’re in—until you discover your course was mistakenly too short.

That’s what happened to runners at the Vancouver Marathon who were hoping—and technically succeeded—to qualify for the 2017 Boston Marathon. According to reports, the course was 1,126 feet too short, therefore disqualified by the Boston Athletic Association from being eligible as a qualifying course. And yes, people were rightfully pissed.

According to KGW.com, Kristin Morin was one of those runners who not only beat her 3:55 BQ mark, but she also shaved nearly 10 minutes off of it. This is more than enough get past the beat-your-time-by-2:09 standard for the 2017 race. (Because so many people want in on the iconic race, it’s no longer enough to just match the qualifying time; you generally have to beat it by a significant margin to get past registration and sellout.)

“You have a goal in mind, and then to have it shot down is very frustrating,” Morin, who has run Boston twice, told KGW.

The race director felt awful and even tried to negotiate acceptance for runners like Morin, who would have obviously made it had the course been correctly measured. But understandably so, the BAA has to draw the line somewhere due to high demand and people cheating their way into the race in the past.

There were approximately 20 runners hoping for a BQ in Vancouver, but it’s unknown how many actually hit the mark but missed their opportunity due to the error. Runners have demanded for a refund after realizing they missed their chance at toeing the line in Hopkinton next April. So tell us, what would you do?