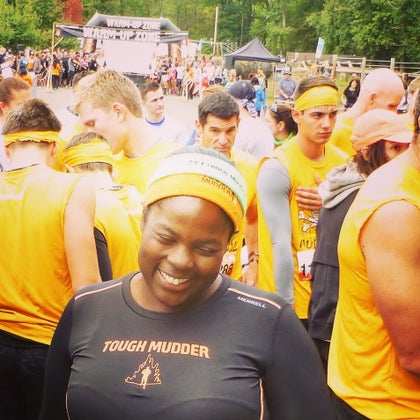 Have you started planning your race/event/goals calendar for 2017? I have and I’m super excited about what next year holds, but what about this year’s goals? I posted in February about my hopes and plans for 2016 and I thought I’d take a look back to see how I did.

Here were my SMART goals:

Guess what? I only succeeded in fully accomplishing one of these things. Am I disappointed? Not in the least. Here’s why.

I’m still working on my pull-up game. I’m getting closer every single day. I’ve been at it for a few months now and one of these days it will happen. But you know what? My back, shoulders, and arms are significantly stronger because of it. So actually, I call that a win.

I know what I need to do in order to achieve this, but it just didn’t happen this year. I had to contend with some nerve pain which prevented me from doing any speed work. Maybe it will happen next year. Maybe it won’t. I won’t perseverate about it because hey, I can still run marathons and ultras. So I’m good.

I can plank for way longer than I used to. I’m up to 50 seconds. Next year will be my year. Promise!

I did FOUR this year. As Coach T Mud said, I’m a Tough Mudder junkie. I did manage to look like a bumbling fool in each one though, and I’m totally OK with that.

Nope. Because of the nerve pain, I was unable to do speed work and that greatly hampered even getting close to this goal. I can always dream though, right? Also, I got to run the New York City Marathon. Nuff said.

I had an excellent year. I was able to complete three marathons, one ultramarathon, two 25K races, a half marathon and four Tough Mudders.

Even though things didn’t go quite as planned, I was able to place all of my training and energy in an organized but flexible framework. I checked up on myself several times, and I made sure that I modified my goals as the year went by. Because of this, I was able to keep trucking despite the disappointment of not being able to achieve certain goals.

I grew, I became a stronger athlete, and I managed to maintain my sanity and integrity by not getting too put out by that which I couldn’t control. I’m pretty stoked about my year.