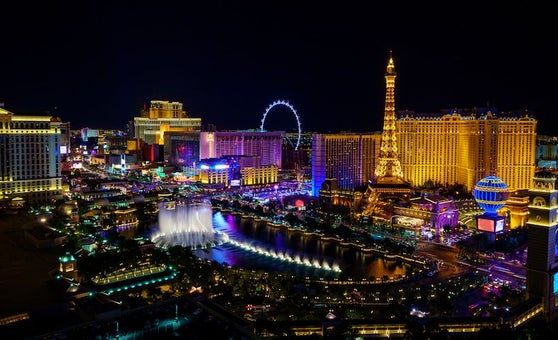 “I Refuse To Live In Fear Of Gun Violence”

I’m currently registered to run the Rock ‘n’ Roll Las Vegas Half Marathon on November 12. The race directors recently announced it will be held as planned, changing only the pre-race concert and start line from the Route 91 venue to a new location yet to be announced. Unfortunately, we know all too well what atrocities happened at the old location.

Ever since the unbelievable headline came across my feed in the wee hours of October 1, I have been on an emotional roller coaster. What this event means to me in the aftermath of the most deadly shooting in U.S. history is hard to put into words. I can hardly fathom racing down the streets of “sin city” as the happy, carefree runner I was when I ran the race last year. Everything has changed–but my desire to travel 3,000 miles to Las Vegas and race has remained the same.

I live in Connecticut and am no stranger to gun violence and public, horrific tragedy. The Sandy Hook elementary school shooting took place only an hour away from my hometown. When that happened, I had 3-year-old twin boys and felt helpless. In fact, as the mass shootings piled up all over the country, I felt mostly helpless to do anything about them–until Las Vegas.

At least with the Rock ‘n’ Roll Las Vegas race I have a choice: I can stay home, or I can go and race. I have to say with 100 percent honesty that staying home never crossed my mind, not even if the event had been cancelled.

I live with a generalized anxiety disorder and have an incredible fear of flying, but I have never let that fear stop me from getting on a plane. Some of the poor passengers who have the misfortune of sitting next to me on a flight may have hoped otherwise, but I refuse to let my anxiety control my life or scare me to the point of being immobile. In fact, I’m more (irrationally) afraid of the flight to Las Vegas than what may happen while I’m running down the strip at night, racing toward another 13.1 finish, in one of the best places on earth to have a celebratory party afterward.

I see the Rock ‘n’ Roll Las Vegas race as an opportunity to honor the victims of the country music festival shooting. Runners can make a powerful stance by gathering in courage to show the country we are not afraid and will not be influenced by the evil of one, when there is the good and love of so many.

You may say, “It’s just a race,” but when thousands of runners take to the strip and thunder down Las Vegas Boulevard, hearts pounding and heads filled with visions of what happened there, we will be a moving tribute to #LasVegasStrong.

A Runner Shares Her Reaction To The Orlando Tragedy

She Lost Her Son At Sandy Hook, Now She Runs For Him