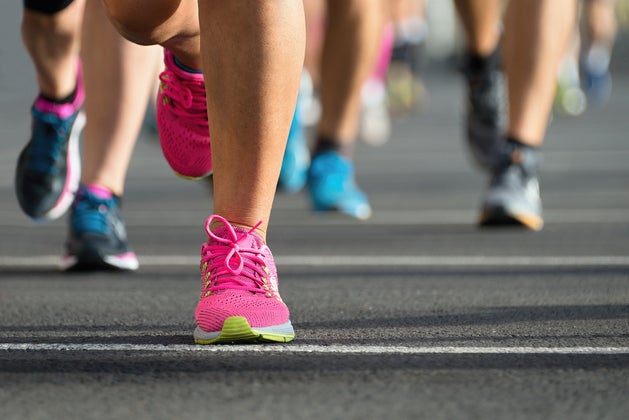 Three days before my spring half marathon, I found myself in the precarious position of trying to decide if I’m going get a DNS (did not start) for this race or not. What was barely a twinge in my foot last week has suddenly turned into full-blown pain. It’s time to do a difficult thing. I had to admit to myself that I officially have an injury.

There are several reasons why taking a DNS can be the right thing to do, but making that decision isn’t always easy.

Do I push through the pain and race anyways? No.

Do I alter my race plans and run/walk the race instead? Maybe.

Do I run the race, but promise to drop out if the pain increases? Probably not, a DNF might be worse than a DNS.

I’ll admit I’m angry that a few days ago I could run pain free and now all of a sudden I can’t even walk without pain, despite doing everything right like seeing a physical therapist.

I know it’s not a big deal. There will be other races. I will recover from this injury and go on to run again, but if I really do take a DNS, I will definitely be a disappointment.

If you find yourself in the same predicament, trying to decide if you should tough it out and run the race or take a DNS, here are the guidelines I’ll use to make my decision.

Reasons to run the race

Ultimately, missing a race is never fun, but running a race while injured or in pain is never a good idea. Missing one race will hopefully mean healing quicker and being able to get back out on the road asap!

More From Race Pace Jess
So You Want To Run A Half Marathon—Now What?
10 Race Goals That Have Nothing To Do With A PR