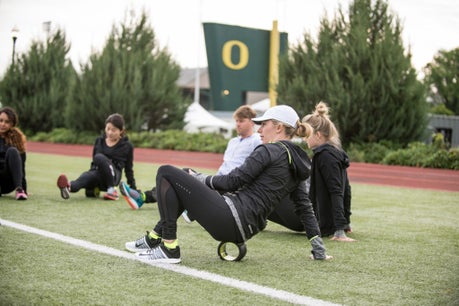 Usually a runner will complain of the knee pain a few miles into a run. It’s most likely due to a tight iliotibial, or IT, band, one of the most common pains among runners. Fortunately there are plenty of ways to treat it; unfortunately there are several misconceptions about what the IT band is, why it is a problem and how to address it.

“There are several parts and angles to keeping this issue under control,” explains Dawn Ferreria, Senior Product Specialist at Zamst. “First off it’s important to know that ITBS, aka ‘runner’s knee,’ is focused on the outside portion of the knee over a bony protrusion called the lateral epicondyle. The IT Band is a fibrosis tissue on the outside of the leg that begins from the hip and attaches to the lower leg (tibia).”

In short, the band is a tissue, not a muscle. Ferreria explains one common mistake is that many think the IT band is a muscle, so it’s only seems natural that they treat it like one. However, that can do more harm than good.

“With a muscle you can stretch it and massage the actual muscle, but since the IT Band is a dense fibrosis tissue, it does not stretch well. But all the muscles around the IT Band have a huge impact on the band. If those muscles are tight, it will pull the band and cause that irritation on the outside of the knee,” explains Ferreria.

In other words, the IT band itself is likely not the problem; it’s the attachments around it that are out of alignment and causing pain. When a muscle is not in its optimal position, it is not at its optimal length and cannot perform the way it is intended, shares Kyle Stull, Content Education Manager at TriggerPoint.

So how can you address your issues? First, address the tension of the surrounding muscles. TriggerPoint offers four rolling exercises to reduce tension and pain. Images provided by Triggerpoint 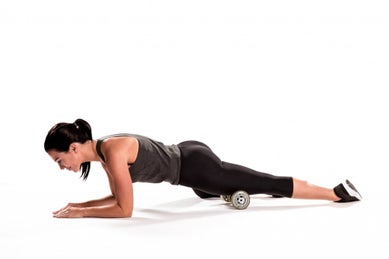 Quadriceps: The quads can often tighten and increase tension in the IT band. Rolling out the quads to reduce tension can have a positive impact on pain. 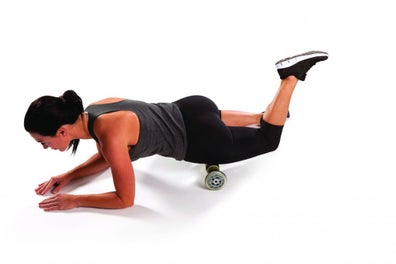 TFL (tensor fasciae latae, or hip abductor muscle): If the TFL is shortened, it can tug on the IT band, increasing tension. Rolling out the TFL to lengthen and reduce tightness can help relieve band pain. 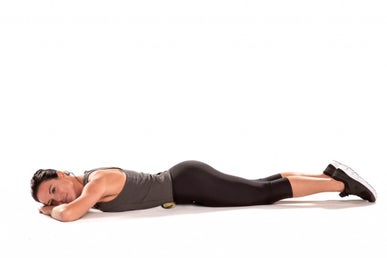 Psoas: Releasing the Psoas can lead to better overall hip mechanics, reduce tension and relieve pain in the IT band. 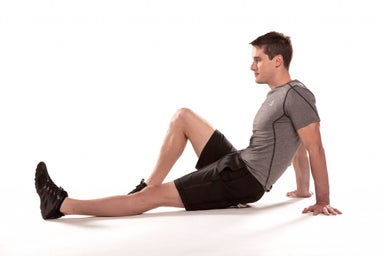 Glutes: Releasing the glutes can lead to better overall mobility, reduce tension and relieve pain in the IT band. 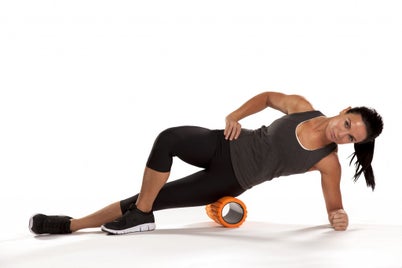 For those who still want to roll out the actual IT area, there is a method that can be beneficial. Roll slowly up, finding the tender spot and hold for 30 seconds.

Follow up with two to four knee bends and repeat as necessary.

In addition to rest, ice and rolling exercises, Ferreria recommends knee support to keep the knee in neutral position, lessening the pull, which will cause further irritation while running.

Here’s some additional tips to prevent IT band issues in the future:

As with any injury or new program, speak with your doctor for proper diagnosis and rehab plan.

Did you love this? Check this out: 5 Foam Rolling Moves For Lower Body