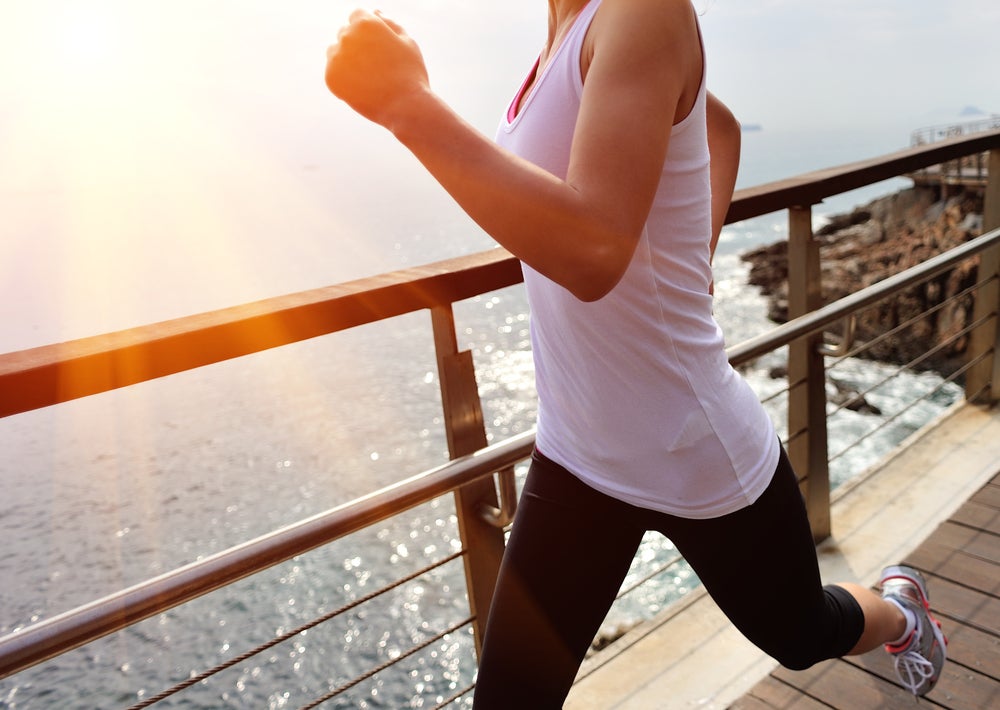 How often should you run is one of the most important questions to consider before you start any training.

Frequency—or how often you run—is one of three fundamental variables of training. The other two are duration (how far you run) and intensity (how fast you run). Research shows a person needs to run at least a couple of times a week to get any progressive benefit from it. Many elite runners run as often as 14 times per week. How often should you run?

There is no single right answer to this question. While considerations such as your goals, life schedule, and running experience can and should be used to establish boundaries of too much and too little running frequency for you, within these boundaries you can choose any of a number of different running frequencies based on personal preferences and needs and get the results you seek.

Let’s first consider the boundary on the bottom end. The most important piece of advice I can give you in this regard is that it is necessary to do some form of exercise almost every day to optimize your general health. Every man, woman, and child on earth, whether a competitive or recreational runner, whether a runner at all or a non-runner, should aim to exercise every day. The research is very clear on this score. If you exercise daily you will have lower risk of chronic disease, be leaner, and live longer than if you exercise just a few times a week.

This doesn’t mean you have to run every day, however. If you care about running enough to seek some form of progress, you need to run at least three times per week. On the other days you can swim, do yoga, lift weights, whatever. However, if you choose to run only three times per week—and if, again, you care enough about your running to want to improve—you need to make those runs really count. Most weeks those runs should be a tempo run to develop intensive endurance, a speed workout to build speed, and a long run to increase raw endurance. The popular FIRST marathon training program developed at Furman University prescribes a weekly training schedule comprising the three types of runs just mentioned plus two cross-training workouts. In my opinion this system defines the minimum effective training protocol for runners.

The primary reason to run only three times per week is to minimize injury risk. As we all know, running has a high injury rate, and the rate of injury increases with running volume. Many runners cannot run every day without getting injured. If you are such a runner, or if you simply fear getting injured if you run daily, then stick to a schedule of three to four purposeful runs plus a few cross-training workouts per week and feel confident that you are not sacrificing any of the performance you would get from running daily (presuming you actually could run daily without injury).

The most common running frequency for non-elite competitive runners is six to seven times per week (that is, daily with one scheduled day off or daily with rest days taken only as needed). I don’t know of any research addressing the matter, but my experience-based belief is that some runners are better off running daily and not cross-training, others are better off running three or four times a week and cross-training on non-running days, and many runners are able to fare equally well on either schedule. Use factors such as your durability (can you handle daily running?) and your personal preferences (would you rather chew glass than do any form of exercise besides running?) to set your personal routine.

Only the most serious runners habitually run more than seven times per week, which necessarily entails a certain amount of doubling, or running twice a day. Personally, I think more runners should consider it, as some magical things can happen when you push your running volume beyond the amount you can practically squeeze into one run a day.

There’s a simple rule that runners can use to decide whether or not they should double: If you plan to consistently run more than 70 miles per week, double at least once or twice a week. The rationale behind this rule is that every runner’s training schedule must include some easy runs, and if you try to pack more than 70 miles into just six or seven runs each week, none of those runs can be very easy. You can double if you want to on a schedule of fewer than 70 miles per week, but it only really becomes necessary when you run more.

As you continue to add mileage to your weekly schedule, continue to add doubles as necessary to keep your average run distance from creeping above 10 miles. So, for example, if you run 100 miles a week you should run at least 10 times.

Ease into doubling by inserting one or two very short, easy runs into your schedule. Gradually increase the distance of these runs and add more doubles until you reach your weekly mileage target, but keep the pace easy in all of these extra runs. Never try to perform two hard runs in a single day.

Some runners do an easy run in the morning and a longer and/or faster run in the evening. Others do the opposite. It’s a matter of personal preference.

Just as a casually competitive runner can exercise more than three or four times a week without running more than three or four times a week, a serious competitive runner can exercise twice a day without always running twice a day. The question is, should he or she? While there are many examples of very successful runners who run 14 times a week and never cross-train, I believe that in most cases, runners who train nine or more times a week are better off running seven times and lifting weights and doing plyometrics two or three times than they are making every workout a run.

In fact, there’s research proving this. In a famous Norwegian study, elite runners improved their 3K race times by replacing 30 percent of their running with plyometrics—not adding plyometrics to the running they were already doing, but replacing a chunk of their running with plyos. Based on such evidence, I advise runners who train nine to 10 times per week to perform two or three strength/plyo workouts and run the rest of the time. There’s no need to do strength and plyometrics training more than two or three times per week, so if you add any workouts beyond 10 per week, the rest can and should be runs or non-impact cardio alternatives to running such as cycling.

What’s the absolute maximum amount of training any runner should consider doing? Many elite runners thrive on a schedule of two runs per day every day plus three strength/plyo workouts per week. If you can handle all that, more power to you!

From Start to Finish: The Beginner Runner’s Welcome Package