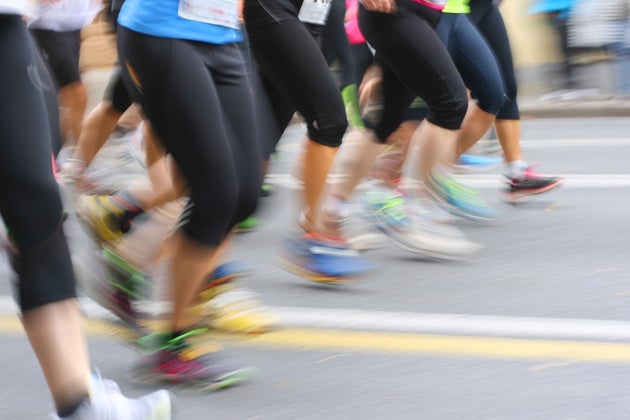 Despite the technical-sounding name, the concept behind “negative splits” is simple: Run the second half of a race faster than the first half. The vast majority of world records and other noteworthy performances at distances of 1,500 meters and up are set when runners achieve negative splits, or get very close to it.

For example, U.S. Olympic marathoner Jared Ward has built a reputation for executing precisely paced races. He’s so devoted to this concept that he wrote his Master’s thesis in the field of statistics on optimal pacing strategies for the marathon distance. That methodical approach paid off at the Rio Olympics when Ward earned a surprising sixth place finish, owing in part to an extremely strong final 10K where he passed many runners who had faded.

For ordinary runners, there are a number of challenges that make negative splitting a daunting challenge. For one thing, elite and sub-elite runners tend to race frequently, so they are highly tuned into what their maximum sustainable pace might be based on recent results. They also get to experiment with pacing during workouts under a coach’s watchful eye. Most of us don’t race as often, or have the benefit of working with a professional coach, so hitting just the right pace on race day can be more of a guessing game.

The tech company Strava recently announced the Back Half Challenge which includes the opportunity for runners who post a negative-split marathon on a USATF certified course to score a free pair of New Balance shoes. But a look at Strava’s data profiles reveals how difficult it is to achieve—only 3.6 percent of Strava athletes who ran the New York City Marathon and 6.3 percent of those who ran the Boston Marathon last year completed the second half of a race quicker than the first half.

If negative splits are so hard to pull off, is the strategy better suited to pros than regular athletes? Top coaches like Colorado’s Jay Johnson, coach to three national champions, advises that negative splits are ideal for both elite and recreational runners.

Based on Johnson’s advice, writer and head coach at Strength Running Jason Fitzgerald created these racing and training tips for attaining negative splits:

Easy runs should be negative splits all the time, anyway. Start slow to help you transition to running and allow your body to warm up properly. After a few miles, you can settle into your “normal” pace.

If you’re a more advanced runner or are just feeling great, then you can run the last 1-2 miles of easy runs at a moderate effort. This will surely guarantee a negative split run, helping your body and mind remember what it’s like to finish a run faster than when you started.

The absolute best way to practice negative splits is to run them during a structured workout. They work best in single-speed workouts where you run the same speed for the entirety of the repetitions (i.e., all of the intervals are at 5K pace).

This strategy forces you to run harder when you’re fatigued—exactly what’s needed during a race to finish with negative splits. Just be sure not to turn the workout into a race and still run within your means.

A negative split is virtually impossible if you don’t have an accurate finish time prediction. After all, if you think you can run faster than you’re able to and start too fast, you’ll fizzle out rather than speeding up.

For example, if you’d like to negative split a 10K and you’re confident you can run 50:00, then run the first 5K in about 25:10-25:30. That should be comfortable enough that you can turn on the afterburners in the last 2 miles to finish in 50 flat.

Negative splits can be challenging—there’s no way around it. But when top coaches recommend them and world records are set using this race pacing strategy, then you know it’s the real deal.