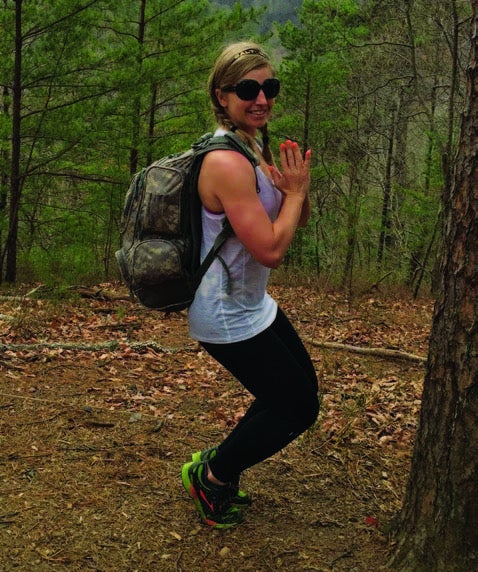 There’s nothing like getting bit by the running bug. After laboring through those initial first few weeks of straining lungs and burning muscles, the miles suddenly start to become enjoyable. Your thoughts about running turn from, Why would anyone want to do this? to Why would I ever want to do anything else?

That’s what happened to me when I started running. As a competitive horseback rider in my youth, riding was the only form of exercise that I enjoyed. When I started running after college and found myself in love with the sport, I was addicted. There was no substitute for those miles on the road, and the thought of doing any other sort of workout was downright laughable.

At the same time, of course, I started absorbing all the running material I could find—books, magazines, Internet forums, eavesdropped conversations (not sorry)—and noticed they were all saying the same thing: “Stop running so much.”

Well, to be fair, what they were really recommending was to complement running with different forms of exercise—like core work and strength training. But to me, every minute of non-running exercise was a minute lost on the trails. And my stubborn, enamored, new-lovesick-runner self thought, Fat chance in hell! I just found a form of exercise I actually like, and now I’m supposed to do that one less and do one I hate instead? I think not.

I kept that attitude for years. I kept it through two stress fractures, shin splints, sore muscles and weak hips. It actually wasn’t until I had back surgery and was required to strength train before running again that I realized how much it improved my running. While I wasn’t exactly out doing CrossFit, the simple rehab exercises that targeted my abs, lower back, hips, glutes and legs made a huge difference.

My long runs started to feel easier. Marathons, while certainly not easy, became hard in a different way; my hips and glutes don’t ache and give out during the last few miles anymore. I’m no longer leaning to one side (you know the look) at mile 22.

Strength training was literally forced upon me, and I’m glad it was. During that time, I realized that it doesn’t have to mean pumping iron at the gym, an activity that has never appealed to me. Instead, there are barre classes and power yoga and kettlebells and BodyPump and pole dancing and all sorts of different things out there that will strengthen your body and mind, while helping you to become a better, faster runner. If you’re in the “new-lovesick-runner” stage right now, trust me on this one: Strength training is not a punishment; it’s a gift. Find a form you love and reap the rewards.

Why strength train? There are hundreds of reasons, but here are a few that speak to me…

1. I did not enjoy the feeling of my glutes engulfed in ﬂames at the end of a marathon.
2. My husband told me that my abs look really ripped since I started barre. (His words, not mine.)
3. I want to be able to keep running for life rather than repeatedly getting injured.
4. The more barre classes I take, the more yoga pants I need—and can justify buying.

Danielle Cemprola lives in South Carolina with her husband and Rottweiler. When she’s not running, Danielle blogs at trexrunner.com.