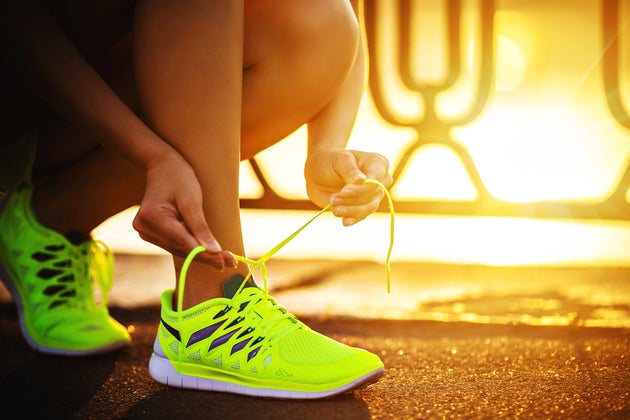 Yes, according to the University of Colorado Boulder. Researchers from the Department of Integrative Physiology designed a study where 18 runners each ran on a treadmill using three pairs of nearly identical shoes. Unbeknownst to the runners, the researchers added small lead pellets inside the tongues of two of the three pairs of shoes to be used by each runner. While one pair was normal, each shoe of another pair was made 100 grams heavier and a third pair was loaded with 300 grams of lead pellets per shoe. (For comparison, an apple or deck of cards is about 100 grams, or 3.5 ounces.)

Each of the runners—all sub-20-minute 5K performers—ran treadmill tests in which oxygen consumption and carbon dioxide production were measured with all three differently weighted shoe pairs. Later, the runners ran 3,000-meter time trials on an indoor track in each of the three pairs of shoes. The runners ran roughly 1 percent slower for each 100 grams of lead added to the shoes in the 3,000-meter race.

One interesting implication, said the researchers, is that elite marathon runners wearing shoes 100 grams lighter than normal could potentially run about 57 seconds faster. The current men’s world record is 2:02:57 set by Dennis Kimetto of Kenya in 2014 while wearing shoes that weighed about 230 grams—just over eight ounces.

However, when shoe mass is reduced, by compromising cushioning for example, it doesn’t mean you will run faster. Prior studies have shown that proper cushioning also reduces the energetic cost of running. So when selecting footwear, be aware of this trade-off between shoe mass and cushioning.