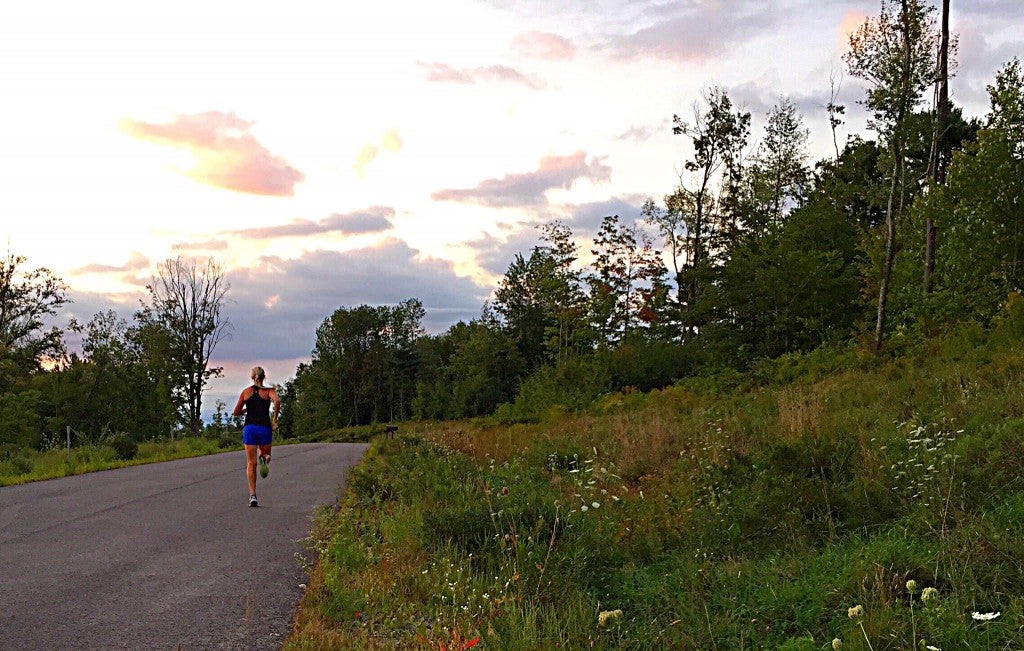 Leaking pee while running. It’s that thing that most of us have experienced but none of us wants to talk about. So we suffer silently and try to hide the embarrassing wetness. The truth is that as common as it is to suffer from incontinence while running, it isn’t ‘normal.’

Prior to the birth of my first child, I don’t think I ever leaked pee. I could do jumping jacks, run stadium stairs and sprints without a care in the world. But after the birth of my first child I noticed some leaking. It eventually went away with time, so I thought nothing of it. It was during my second pregnancy that the leaking took on a life of it’s own. As I ran through pregnancy number two I had absolutely no bladder control and it was even worse postpartum: the leaking wasn’t exclusive to running. I coughed, I leaked. I sneezed, I leaked. I laughed, I leaked. Except it was no laughing matter.

I tried wearing pads while running. Just shy of dehydrating myself, I tried to ensure that my bladder was empty before runs. Yet nothing was helping. Even my Doctor was no help, “It’s pretty common,” she said. “Don’t run so hard.” That was not an option. I like to run and I like to run hard.

I went back to my midwife and she suggested a physical therapist. At the time I couldn’t quite see the connection between the two: how would physical therapy help my leaking? The truth is that physical therapy (aside from surgery) is one of the only things that can provide resolution to incontinence issues. And for me it has: three kids later I no longer leak while running.

Here are four steps that helped me get to a place where I can run leak free:

Read More From Run Far Girl:
Why My Scale Is Challenging My Patience
How Running Is More Than Just Running

How to Connect Long-Term Goals to Your Daily Runs

These 3 Myths About Running While Pregnant Simply Aren’t True

Bladder Leaks When You Run?