With the nickname ‘Track Town,’ Eugene, Ore., is arguably the most important city for the sport of running in the United States. And it definitely nabs that title this week as it plays host to the Olympic Track & Field Trials. 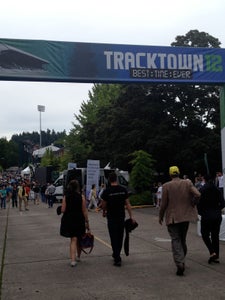 The Trials kicked off last Friday, but I flew in last night to catch the tail end of the action. I’ve been watching the coverage on NBC (click here for listings), and I couldn’t have been more excited to get out of my living room and into the stands.

For running nerds like myself, the Trials are kind of like the Oscars. All of the biggest running stars in the country convene in one place at one time for a spectacular event. I’ve been in town for less than 12 hours, but I’ve already caught some incredible sights. . .

If Eugene is track heaven, Prefontaine is its guardian angel. After the well-loved running icon’s early death in 1975, the city built this trail in his memory. I was able to walk on the trail yester on my way to the media check in. But I can’t wait to run on it today! 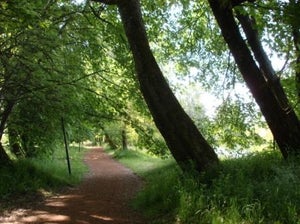 Walking into Hayward Field where the Olympic Trials are performed literally took my breath away. Hayward is notorious for it’s rabid running fans, and the crowd did not disappoint tonight. The clapping started as soon as each gun went off and only got louder as the race went on. 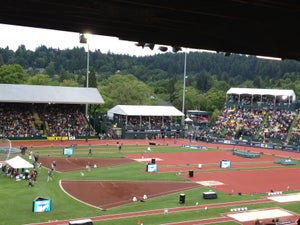 The men’s and women’s 5,000 meter final were the marquee events last night. And the athletes brought the fire. In the men’s race hometown favorite Galen Rupp (who ran for University of Oregon) nicked his rival Bernard Lagat at the tape, breaking a meet record set by Prefontaine. The women’s race came down for a sprint to third in which Katie Conley, a definite underdog raced her way on the Olympic team by one-hundredth of a second. 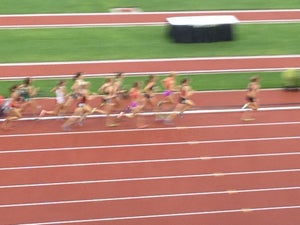 I want to know. . . what’s your favorite town to run in? Let me know here or follow me on Twitter @JessieSebor for more Olympic Trials updates, pics and coverage.