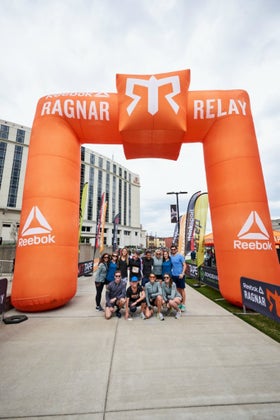 Preparing for your first relay race isn’t at all like preparing to run a road race. While in your team van for 36 hours you’ll have a ton of fun, but that doesn’t mean you don’t have a few concerns about what’s going to happen throughout the race.

Here are five things to know that will help calm your nerves about running your first relay race.

You will survive your overnight leg without getting eaten by a lion, tiger or bear.

It is normal to feel uneasy about running in the dark of night in an unfamiliar place without many street lights, but you’ll be fine! Carry your phone and download the Ragnar Relay app so that if you do take a wrong turn you can easily get back on course. Your phone can also serve as a back-up flashlight should your headlamp break.

The race positively impacts the communities you will be running through.

During the race, you’ll be driving from one exchange to the next to drop off the runner who is next in line to run and to pick-up the runner who is completing their leg of the race. These exchanges often happen at churches and schools. Many of these locations host the exchanges to raise funds for local organizations and non-profits.

You might not get any sleep, but that’s okay!

I promise you’ll still have fun. The more sleep deprived you become the funnier things get. For example, during my most recent Reebok Ragnar Relay race our team name was “Float Rida” (a play on the name of the Reebok Floatride Run shoe we were running in and Flo Rida). During Van #1’s, last leg of the relay we pulled up beside a team who we believed to have our same team name. We felt a moment of disappointment that our team name wasn’t original, until we realized they were from Florida, not “Team Flo Rida!”

…but you can if you want to! During a Ragnar Relay race, on a traditional team each member runs three separate legs of the race. The total mileage for a runner can range between 11 miles and 24 miles. However, if you want to run more miles, sign-up to be a member of an ultra relay team. Each member of an ultra relay team runs six legs of the relay and averages 26 miles or more.

The final leg of your race will feel intimidating.

You’ve already ran twice within 24 hours and now you must run again! However, the good news is it’s a new day! How you frame your last run can make or break how you feel during it. Brush your teeth at the exchange, clean up as much as you can, put on fresh running clothes, eat a small easy-to-digest snack and greet the new day with a smile. If you treat the final leg as just another run like you do during the week when you run on consecutive days, your mind will feel fresh and ready to go.

If you haven’t completed a Ragnar Relay race, add it to your bucket list. It’s something a runner should experience at least once.