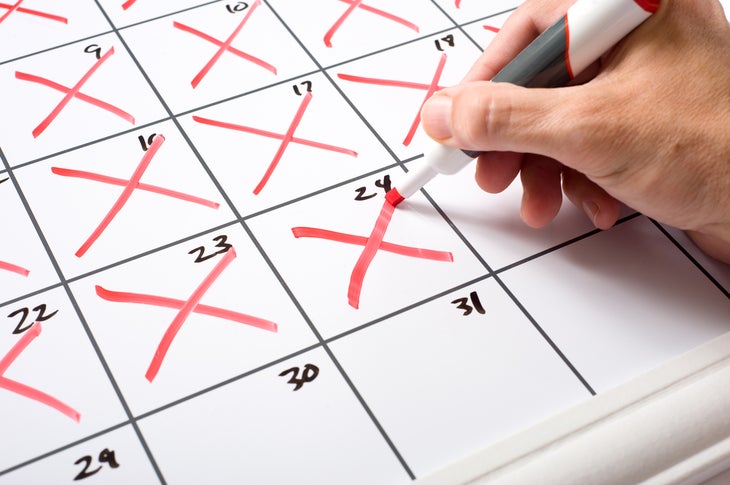 Thinking about starting a running streak?

“Why?” is what Atlanta-based running coach Carl Leivers would ask.

It’s not that doing a running streak is a bad thing. Leivers ran every day for about 14 months while in college.

But he said if the runner wants to get faster or get ready for a new distance, the streak may not help — and it may even hurt. If the runner just wants to do it, he said, it can be a positive experience in the person’s life.

Angie Spencer, a registered nurse and running coach at the online-based Marathon Training Academy, said a runner should consider how long he or she has been running and also whether he or she is injured.

Leivers also said someone who’s been running less than a year or two shouldn’t embark on a streak yet. Recovery time is particularly important for someone not used to running, he said.

“That lack of recovery is where you get into trouble,” he said.

It’s good both mentally and physically to switch up the distances and routes, Leivers said.

Spencer said alternating between pairs of shoes for runs during the streak can be a good idea.

Spencer — who has been on a running streak since Thanksgiving 2014 — said taking easy days and having a plan are important. A runner shouldn’t be pushing him or herself to the max during each run.

Her streak has been a motivator during the winter months, she said, and she’d like to continue the streak for a year and get into a running streak association.

“I think it can be a great way to keep your motivation going,” she said.

Just don’t get to the point where you’re obsessively maintaining the streak and it’s not fun, Leivers said.

When Leivers did his streak, he was running even when he was sick.

“It’s better to listen to your body,” he said.

Read more from Vanessa Junkin at She Runs by the Seashore and on Facebook.

Related Articles
Runner Teachers ReAdjust Their Schedules For School Year
Foot Fungus Can Take The Fun Out Of Your Run
13.1 Feelings You’ll Have During A Half Marathon
Your Take: How To Train For A Half Marathon With A Busy Schedule
Miss The Lottery? How To Still Get Into Chicago, MCM, or NYC

How Masters Runners can Return to Running After Taking a Break

How’s Your Motivation? Upgrade Your Commitment to Running with Our Simple Self-Assessment