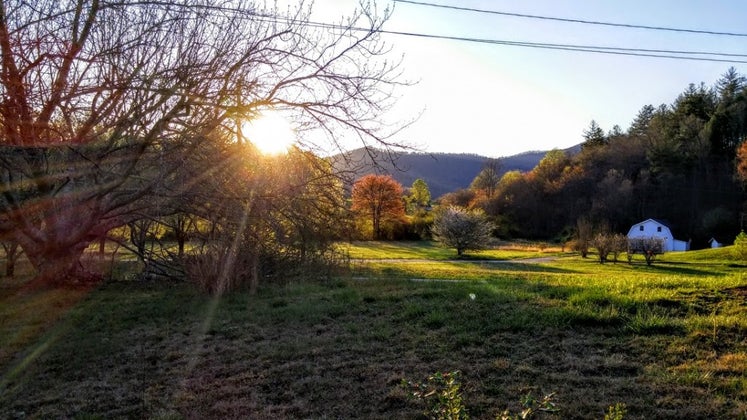 I was simultaneously excited about and dreading my long run this weekend. The dread came from having had an exhausting week traveling to New York to participate in an exciting plus size fashion photo shoot (more about this on my blog) and not being able to even fathom getting up super early to run sixteen hilly miles; the anticipation came from finally having some alone time to think over several things that had been on my mind. However, I knew that after a full night’s sleep, some coffee and my favorite pre-long run breakfast of waffles, some kind of nut butter and honey, that I would be okay.

To set myself up for a great run (most of it was wonderful, not so the last two miles when I felt like lying down in the middle of the street) I had downloaded a bunch of Another Mother Runner podcasts and a book that I wanted to listen to again (My Year of Running Dangerously by Tom Foreman), lest I grow bored by Dimity and Sarah—which has never, ever happened by the way.

I have been having some anxiety about where my life is going—ALL GOOD—but what should I do? Where should I go? Should I continue writing? Should I continue doing what I think I do best, teaching and being a role model to young adults? Should I just lie down in the middle of the road and sleep?

However, at around mile 7, in the midst of all this anxiety, I noticed that on one particular stretch of this rolling road I wasn’t even thinking about the hills, or the running for that matter. I had been so consumed with my thoughts (while watching out for cars, listening to Dimity and Sarah interview someone about mental training, stopping to take photos of what would turn out to be a gorgeous early spring day, and creating a to-do list that was way longer that sixteen miles) that I forgot I was even running. My legs had been carrying me just fine without any walking breaks for a while, my breathing was normal, my shoulders were relaxed, and there was only me and the road framed by weathered Southern Appalachian peaks on either side of the Blue Ridge Divide.

I emptied my mind when I realized this and decided to just be thankful that running has brought me such good—such fortune. That my legs are able to carry this unwieldy but strong body over pavement for many miles is a gift. That I was there in the midst of increasingly verdant mountains and country crisp air was an opportunity that many do not have. That I was of sound mind and body to complete such a task, albeit with some short-lived pain at the end, is incredible. Thank you, running.

Read More:
A Letter Of Thanks To Running
Life Is Short—Give Thanks Daily