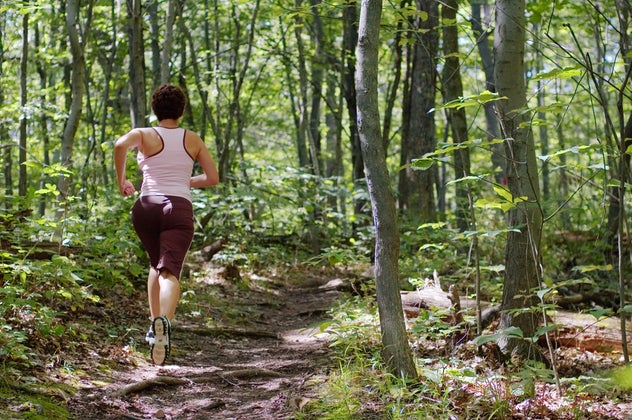 Even a short, 3-mile run can cover a spectrum of emotions. The first few strides are often filled with dread. My first mile is the worst because there is still so long to go. After the second mile, it becomes more bearable. The last is always the best, especially if the desired “runner’s high” has set in. I don’t even roll my eyes at the pedestrians who refuse to provide an opening.

But what about those runs where you seemingly skip those annoying first miles? You start with what feels like an immediate runner’s high. It carries you through the entire run and doesn’t die down. If anything, it amplifies.

For me, this only happens in certain circumstances. Or rather, when I feel one of two strong emotions—anger or excitement. It contrasts an everyday run when my thoughts are as chaotic as my GPS watch’s graph of my running route.

My thoughts focused on one thing only—my current emotional state. I am fixated on a particular feeling. My legs are flying with minimal effort. Whether I am actually going super fast or I just feel fast because it is effortless, I don’t know.

I am sure it is not because I have found mental strength. It is not a renewed “taper” effect from resuming activity after a few days off. My workout is not my focus. Maybe this detachment contributes to my performance—I don’t care how I do, so concern isn’t an obstacle.

I am not immediately aware my mood’s effect on my run. I do not consciously think, I am so angry; I’m going to run fast to get my aggression out. It may simply cross my mind after a few minutes that I feel great.

You can relate this feeling to a productive streak at work. You know, when you look at the clock in surprise to see hours have passed in what felt like 10 minutes? Some refer to it as being in “the zone.”

Is it just a random good workout or is there a connection between your emotions and physical exertion? We already know that a “runner’s high” exists but this feels distinct.

Strong emotions generate strong responses. An intense basic emotion can impact your exertion during a workout. The result is one that contrasts your typical everyday run. You may feel exceptionally quick or finish the same route minutes faster than usual.

Emotions generally incite three types of responses: physiological, cognitive and behavioral, according to the British Association of Sport and Exercise Sciences. I discovered that what I am describing addresses the body’s physiological response.

Related: The Runner’s High Made Me Do It

The Physiological Effects Of Arousal

What happens physiologically when you are aroused? The cardiovascular system jumps into action. Negative stress on the body promotes a “fight or flight” response. At a basic level, it is a survival instinct.

Negative stress is usually the result of a threat and that threat can be imagined. You don’t have to be chased by a barking dog to experience it. A fight with a significant other or talking about a person you are jealous of can be a trigger. Excitement and happiness can just as easily stimulate arousal.

When a person becomes emotionally aroused, their body’s reaction is out of their control. The body is operating on action, not thought. This explains why you have a good run without even trying.

Instant energy is supplied to all parts of the body. Too bad you can’t flip on a switch for that! This happens because fat and glucose are being metabolized. Harvard Medical School research explains that the sympathetic nervous system is sending signals to the adrenal glands. Epinephrine, better known as adrenaline, is pumped into the bloodstream. Endorphins are released.

Your heart beats faster and blood rushes to the muscles. This allows the muscles to work harder. Your breathing speeds up and your lungs open wide for more air to flow through your system. The brain is extra alert because is has access to more oxygen.

Experiencing Arousal During A Run

When a strong emotion triggers arousal before a run, the body’s automatic response becomes the main event. You aren’t thinking about how tired you are or that you don’t feel like running. The response takes over.

This response can even be initiated during a run. My teammates used to point out my change of pace the moment I began to vent or talk about someone I didn’t like. They would joke that instead of cheering for me during a race, they should stand on the sidelines and break my phone.

The physiological effects of arousal coincide with your workout when experienced at the same time. The release of endorphins usually generates a better than average performance. Since the “fight or flight” reaction prompts your body to flee in a dangerous situation, it makes sense that it also translates into a better run. You are functionally prepped to go fast and far to escape risk – or in this case to “act” on your emotion.

It is rare that these signals result in a worse run. Though different, non-arousing emotions may have the opposite effect. When you are sad or depressed, it is harder for the body to feel arousal. You may struggle through a run or give up after a few minutes.

Related: The Best Emotion Running Can Teach You

The physiological effects of arousal on your run are real and positive. So, can you provoke these involuntary reactions to push yourself to have a good workout? On those days you could use some extra motivation, how great would it be to will your body into action?

You can’t incite sympathetic nervous system responses or produce endorphins on command. But you can try to urge yourself to get into this state by thinking of a past event that has caused frustration or joy. If you have a vacation coming up, think about all of the amazing activities you can’t wait to do. There is no guarantee that these thoughts will trigger your body into emotional arousal but it can help.

That’s the cool (or frustrating) thing about running—when you lace up your sneakers, you don’t always know the type of run it will be. Most are ordinary and some are harder than others. Once in a while, “instant energy” floods your body and you have a memorable run. Whether your run is great, bad, average or in between, the consistent outcome is that it leaves you feeling your best.