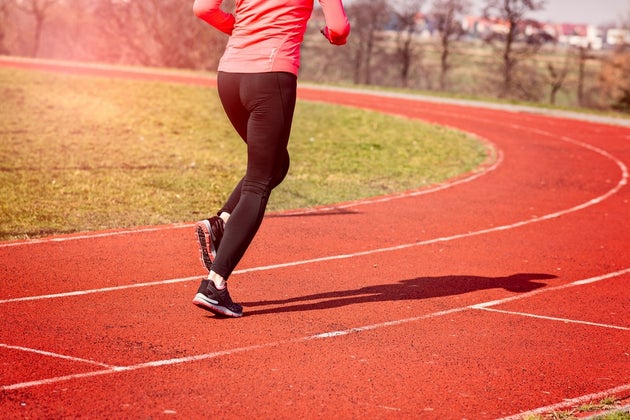 Etiquette expert Lizzie Post, great-great-granddaughter of Emily Post, knows a thing or two about the rules of the road—and the descendant of the famous decorum diva is a runner too!

Q: If a public track isn’t that crowded, is it still okay to let someone know if they are going the wrong way? And how did it become standard to run counterclockwise?

A: My Internet research shows that there is a long history of running counterclockwise on an oval track. Generally, the reason given is that a majority of people are right-handed; it feels more natural to move from the right and it’s easier to take turns to the left, so it became the international standard for footraces.

Many other races—horse, car, skating—also run in a that direction, but there are definitely exceptions. Clockwise warm-ups are actually the norm for some.

If the track isn’t crowded and the clockwise runner doesn’t pose a risk for others, then just let that person run. Even if it is the “wrong” way, there may be a reason for doing it—some people like to switch it up to avoid over-stressing one side of the body. As long as they aren’t disturbing others or causing a safety issue, there’s no need to try to manage a stranger.

Have a question for Lizzie? Email editorial@womensrunnning.com or tweet @WomensRunning with the hashtag #ProperForm.

Who Pooped on the Track in Sedona? The Running World Needs to Know.