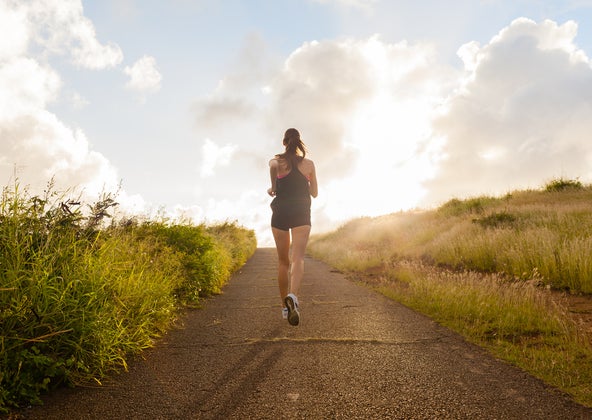 “You run? Isn’t that terrible for your knees?!” We’ve all heard that criticism at one point or another from our non-runner friends. Or maybe someone has speculated on your self-proclaimed identity as a runner because you don’t “look like a runner.” There are plenty of myths out there when it comes to running—none of which are founded in any truth.

Running is bad for your knees.

Probably one of the most prolific running myths is the idea that running is harmful to your knees. But studies are proving that this is the furthest thing from the truth. A higher BMI puts you at greater risk of strain on the knee joint, according to Dartmouth-Hitchcock Rheumatologist Alicia Zbehlik, MD, MPH. Most runners have a lower BMI and therefore their joints are healthier, putting them at a lower risk of developing arthritis later in life. The impact from running can also help maintain bone density as one study, which measured bone density over a two-year period, showed. Keep logging those miles, your knees will be just fine.

You don’t look like a runner, so how can you be a runner?

A common assumption is that all runners are thin and lean. The truth is that runners come in all shapes, sizes and abilities. In the U.S. last year over 17 million runners finished races ranging from the 5K to ultra-marathon. You don’t have to “look like a runner” to be a runner. Lacing up your shoes, putting in the miles and giving it your all on race-day are what it is all about. Own your body and what it is capable of and don’t let the doubters bring you down.

You have to run a marathon to be considered a real runner.

While the marathon is a cornerstone distance of most road running, you don’t have to be a “marathoner” to be a runner. Many runners won’t ever run or race that distance. Many elite runners and Olympians who compete at shorter distances on the track have no aspirations of ever running a marathon. You don’t have to run a marathon either to be considered a runner. Focus on the distance that you enjoy the most and don’t feel like you have to prove yourself to others.