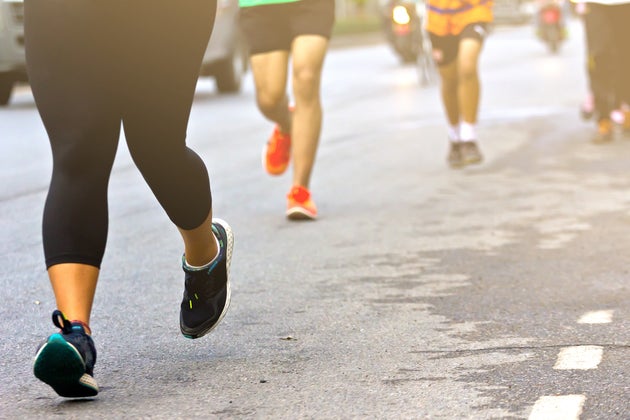 This past weekend I ran a local 4-mile race put on by the New York Road Runners. Still sore from the impromptu half marathon I ran the weekend before, I was not looking forward to getting up early to run a race I was going to jog. When I originally registered for the 4-mile race, I had hoped to run it as hard as possible. Being as I had to cut my long run in half the day before, I knew sticking with my original race plan was a horrible idea.

After jogging over to the start line and securing my place in a corral, I thought about the advice I give my run coaching clients when they use races as training runs to help them reach their ‘A’ goal.

During the half marathon the week before, I overran the course by .3. Missing the tangents by .3 could mean missing my goal next month during the Brooklyn Half Marathon. When I had this realization, I knew my goal for the race last week was to run the tangents as closely as possible.

Once my race had a purpose, my outlook immediately changed. I could still run this race and benefit from it even if I was taking it easy.

Here are 10 goals you can set for your next race that have nothing to do with setting a PR:

Read More:
Why Running For Fun Doesn’t Mean You Don’t Have Goals
Why I’m Chasing An ‘Impossible’ Goal Of Qualifying For Boston