You know how you do yoga, then you do your day, then you have a beer? People have decided to cut out the middle activities and just mush the yoga and the beer drinking together for one epically genius hour of namaste-ing and drinking. It’s called beer yoga, and it’s totally a real thing.

Rumor has it that the root of such an excellent use of time is in Germany’s BierYoga group, because duh—why wouldn’t the lushy Germans come up with this? According to Huffington Post, “Basically, I played around with it in my room with a Radler [half beer, half lemonade or soda],” BierYoga co-founder Jhula said in 2016. “I took standard vinyasa sequences, which most people have done a bunch of times, and tried to figure out everywhere I could work beer in there.”

Now the not-that-insane idea actually has a series in Australia, which is described as a typical hour-long yoga session, with a non-typical twist of finishing off 1-2 beers during class where the poses allow. However, the concept is seeping into the United States as well, with vinyasa classes being held as breweries. According to one instructor at a studio in Virginia, the idea of combining yoga with a different kind of pastime brings a fresh clientele to yoga, people who otherwise might just be sitting on a bar stool.

But don’t listen to us—check out the BierYoga Instagram over a cold one, perhaps in downward dog. Our question is, do the poses get easier after a couple? 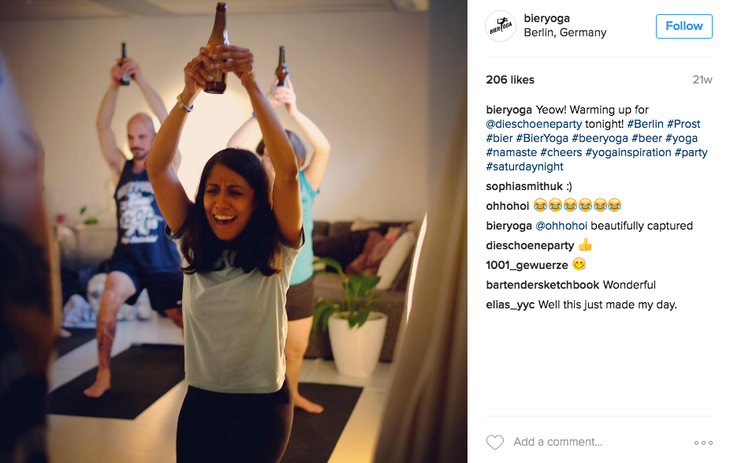 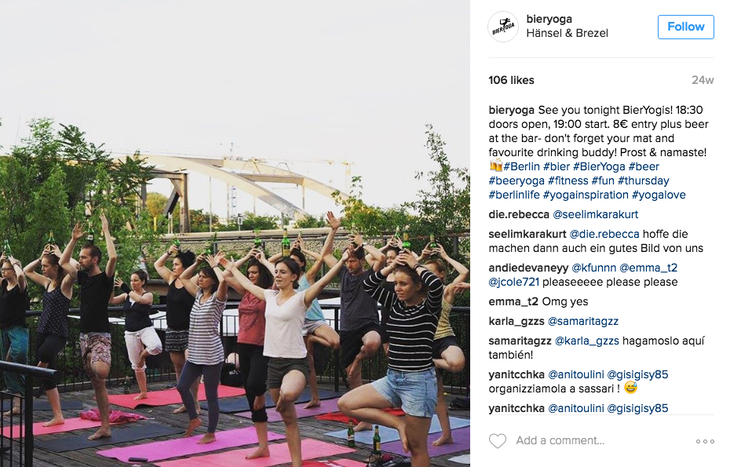 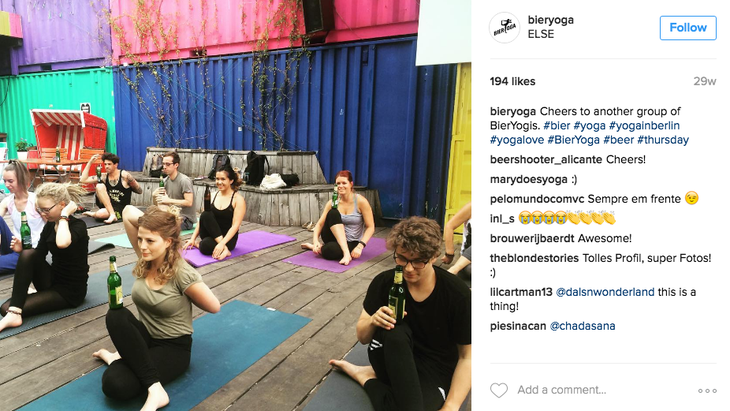