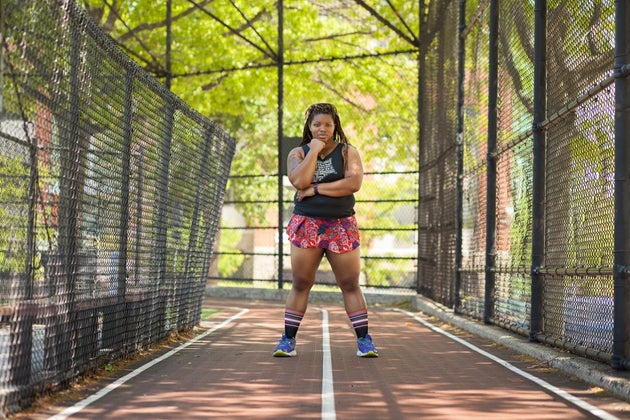 When most people imagine a runner’s body, they don’t necessarily think of a physique with a little extra padding. Athletes, whether they run a marathon, power walk a 5K, or endure an Ironman, come in all shapes and sizes. Who you are should not limit what you do. Size shouldn’t matter. That is the message that many identifying as “plus-sized” want to communicate. If you’ve ever seen a road race of any kind, every type of body will pass by. Some runners are tall. Some are short. Some thin, others not. There are runners that have prosthetics. The great thing about running is anyone can do it, but not everyone has been spoken to when it comes to motivating runners of all looks to start.

Louise Green, of Big Fit Girl fame who founded the athletic training facility Body Exchange in Vancouver, is considered the “go-to” motivational speaker for plus-sized athletes. She agreed with Snell that if you look around, you can find plus-sized athletes—men and women—just about anywhere. 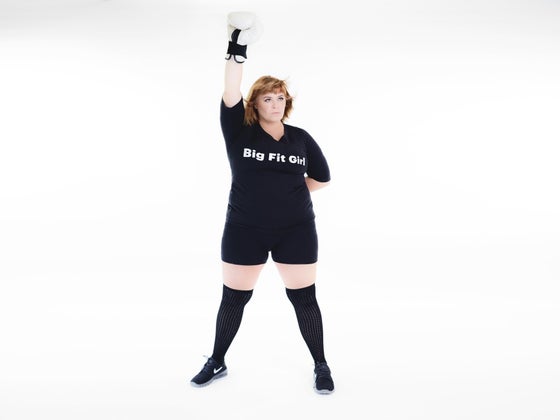 “Typically we see a lot of ripped, lean, young people, mostly Caucasian,” she said of media and advertising for most sports. “When we can see more inclusivity of larger bodies, older athletes, ethnic diversity and varying abled athletes, then this diversity will become the ‘norm.’”

Krista Henderson, an award winning plus-sized athlete in triathlon and indoor rowing based in Toronto, founded her own web site, Born To Reign Athletics. It aims to educate, empower, and motivate other plus-sized athletes to cross their own finish lines.

“I wanted to prove that just because I’m big doesn’t mean I don’t live a healthy lifestyle,” said Henderson of her drive to compete in triathlons. She cycles and swims but often power walks the running portion. Unfortunately, haters are still going to hate. “I had a comment on Twitter that said I’m not a real triathlete because he looked at my times and they were shit.”

Anyone who regularly competes in a triathlon should be called a triathlete. So why do still we consider being fit and fat an oxymoron? 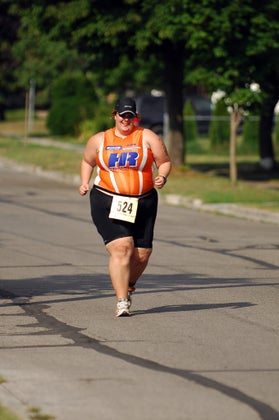 “I think people have gotten comfortable with poking fun at fat people,” said Snell, who is training for the next Spartan Ultra Beast. “It’s a mindset, like a Stockholm Syndrome for fat. If you’re constantly being told you’re fat and not beautiful, you’ll believe it.”

Comments with a thin veil of concern are no better than the openly combative ones. (“You’d be so much prettier if you just lost a few pounds.”) It’s even worse when those types of comments come with an analytical approach of spouting statistics.

But there are plenty of statistics to choose from. Just take the Centers for Disease Control and Prevention. A quick search brings up that more than one third (36.5 percent) of U.S. adults are obese. Obesity-related conditions include heart disease, diabetes, and certain types of cancer—all considered preventable. While this is true, it doesn’t mean the person standing next to you at the starting line has any of those ailments just because they wear a bigger size.

“There are many studies that show that you can be fat and fit and that weight extremes on either side of that pendulum can come with potential issues,” said Henderson. “What needs to be clearly communicated is that not all thin or fat people can be painted with the same respective brush stroke. You can’t know about someone’s health just by looking at them.”

Mirna Valerio, who blogs on Fat Girl Running, has been featured in Runner’s World, NBC Nightly News and regularly contributes to Women’s Running. She loves trail running. Distance is her friend, as far as she’s concerned. It helps her block everything out so she can concentrate on the next step. The mileage drives her.

Valerio was a high school athlete—field hockey and lacrosse were her favorite activities. In both of those sports, running was essential. She learned to love it and eventually bagged the sticks and stuck to the trails. But life events got in the way of regular exercise. She wasn’t eating well and gained weight. After a health scare in 2008, she knew it was time to get serious.

“Lifelong health is the utmost importance to me,” she said. “My main focus is the benefits of exercise at whatever size I’m at.” 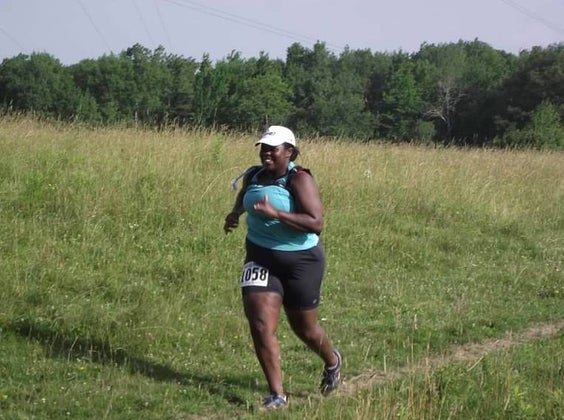 She may have a few extra rolls, as she puts it, but she’s never felt better about herself or her health. Valerio even coaches the cross-country team at the Rabun Gap-Nacoochee School in Georgia, where she also teaches Spanish. Yet that doesn’t stop the naysayers. She recalled how some guy obtained her school email and sent a nasty message. He said she was a fraud to “bring people on this fake journey of fat acceptance” on her blog. She was admittedly taken aback. This guy didn’t even know her!

Related: Here Is Proof That Plus-Size Can Be Healthy

Fortunately she shares a healthy attitude about it with her fellow plus-sized athletes. “I don’t have time for that. I’m out here for me, so I brush it off.”

Green, Henderson and Snell have also repeated Valerio’s mindset. These athletes have the confidence in their bodies and their abilities to slough off the negativity.“It’s not worth my energy to fight those type of comments,” Henderson remarked. “I just ignore it and get on with it. Surround yourself with positive people and the shamers just fade away.”

Snell went a little further. “Ignorance needs to be addressed,” she said. “Be honest. You’re not concerned about my weight. You just don’t like what you see.”

Green had the misfortune of sitting through a live television interview in the U.K. where it was clear that the show’s host disapproved of her weight. Instead of discussing her successes and her recent book publication, he kept asking her about her “poor health.”

“He asked me on live television if I ‘still’ eat donuts like it was some kind of daily activity,” she recalled. “It didn’t matter that I’ve been a personal trainer to thousands of people, or that I regularly participate in running, cycling and triathlon events, or that I am both fit and healthy. All he could focus on was my weight and he was committed to shaming me until the interview ended.”

A recently released combined study from the University of Connecticut, the University of Minnesota, Columbia University, Boston Children’s Hospital, and a handful of Harvard researchers found that people who are fat shamed as children grow up to be obese. When will we stop judging, start accepting and stop pointing finger at other peoples’ bodies?