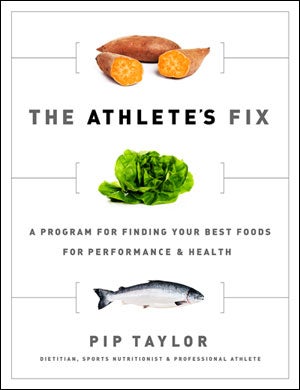 Excerpt from Pip Taylor’s The Athlete’s Fix, published with permission of Velo Press.

WHY ARE SO MANY PEOPLE ALLERGIC TO FOODS THESE DAYS?

Evidence shows that prevalence of both food allergies and intolerances is growing worldwide.

Recent studies show that food intolerances are almost five times more prevalent today than in the 1950s. As many as 1 in 6 Americans is estimated to have a food intolerance.

The simplest answer is the lack of variety in our diets. Many of us are eating just a few foods, in different forms, again and again throughout each day. Many of the prepared or processed foods we eat are based on wheat, corn, and soy processed to look different at each meal. And many of the farm-raised animal products in the grocery store were grown using those same few base ingredients.

Since many food intolerance symptoms don’t appear until a certain threshold “dose” is reached, eating a lot of any one food can raise your chances of experiencing symptoms.

Another answer: they don’t make ‘em like they used to. Our food sources have evolved rapidly and significantly to be vastly different from those of our grandparents, not to mention their grandparents. Looking back to past generations, these time frames are but a blink in terms of Homo sapiens’ evolutionary history, but if we were to compare diet over the last 50 years there would be some stark differences:

For athletes who subject their bodies to tough workouts each day, it’s even easier to trigger a food intolerance in today’s food environment.