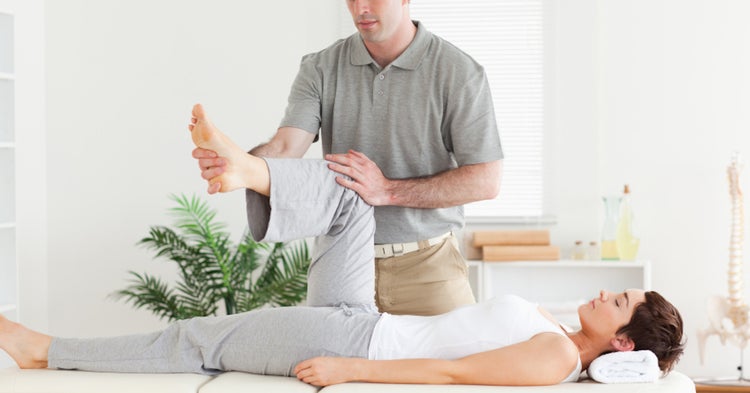 I got injured last fall. The pain came on suddenly, more than 12 hours after my last run. All of a sudden, there it was, on the outside bony part of my foot. I took time off running, went to my primary doctor, took more time off running, went back to the doctor and then to an orthopedist, got a brace and finally resumed running.

All was well and good until I tweaked my foot again a couple of months later. I worried about the harsh pain returning and went back to the orthopedist, who gave me the option of going to physical therapy. He made sure I knew he didn’t think I absolutely needed it—I wasn’t in a ton of pain, after all—nowhere near the level when I originally injured my foot. I ended up signing up and going to two weeks of physical therapy sessions. It was one of the best decisions I could have made.

Here are a few reasons to consider physical therapy even if you haven’t suffered a severe injury:

You feel you are doing something to prevent future injury.

Nothing soothes the soul more than feeling like you are doing something productive. Instead of sitting around moping about your (likely minor) setback, set yourself up for success in the future. Yes, physical therapy can be expensive depending on your insurance coverage, but it can also ease your mind—and you can’t put a price tag on that.

It teaches you those exercises that strengthen your body.

I was diagnosed with peroneal tendonitis, which I would never have known was linked to my hip if it hadn’t been for physical therapy. In fact, nearly half of the exercises I was required to do focused on the hips, not my foot. I strength train once a week, so it was easy to add these exercises to my routine long after the injury subsided.

You get a home program you can keep up with.

When you’ve graduated to being able to take care of your injury on your own—which happens much more quickly when you haven’t had a catastrophic injury—you’ll get a nifty sheet of exercises to continue doing. My physical therapists recommended completing the entire sheet each day for a while, then reducing it to three times a week and easing up a bit more after that to just keep the exercises in my strength-training repertoire.