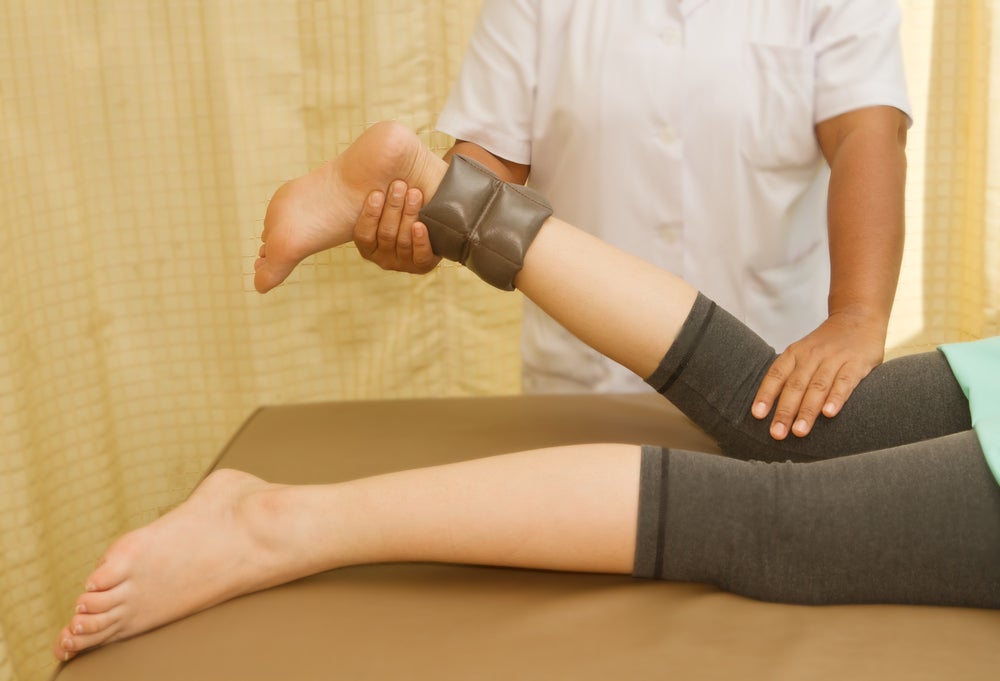 Somewhere at around the mile 8 marker of my 20 mile run a few weeks ago, I felt a familiar (and terrifying) sensation: My leg was beginning to cramp up and I wasn’t even halfway through my run. Having experienced this just one time before—and it ruined a marathon for me—I decided to use it as an opportunity to work on my problem-solving skills. I calmed down, increased my salt intake and used mental mantras to get myself through the run. And as soon as the run was over, I called my physical therapist (PT) and scheduled an appointment for the next week.

I found my PT late last fall after a painful marathon (involving that first cramping experience) that I followed up with another marathon in hopes to erase the pain of the previous one. I then ‘ran’ a race on an icy path and after that, I knew I needed to see a professional about my out-of-whack body. It was probably one of the best decisions I made. I learned that like many runners, my hips and glutes were weak, causing all sorts of problems.

Over the next few months, we worked through my problems and I got stronger and faster. My visits moved from twice a week to once a week, then to once a month and finally to maintenance visits every six weeks or so. When I was ‘cleared’ by my PT, I decided to keep a standing appointment every two months just to keep myself honest regarding my drills and form. Having a professional to call when things don’t go as planned has been invaluable.

After my painful 20-miler, I went into my PT’s office and told her what happened. She began massaging my tight calf and said, “Yep—glad you came in because this could’ve absolutely blown up into something awful.” As we moved from the massage to dry needling (not the most comfortable thing in the world, but tolerable), I just thought about how glad I was that I had someone I could call when things like a terrible calf cramp happened. A year ago, I would’ve just tried to continue to run through it and probably would’ve ended up doing something to make it worse.

PT is not free, so I know it’s a luxury for me to be able to go every two months or so, but it’s worth the cost to be able to stay running healthily. Even if you just go once to get evaluated, I would recommend not ignoring those little (or not so little) pains that just won’t go away. Let a professional help you fix it and become a stronger runner. I know I’m so grateful that I did.

Do you have a PT you can call if you feel injured?

Fueling on the Run

One Runner Reflects On Her 2015 Chicago Marathon

Learning To Manage A Vestibular Migraine As A Runner