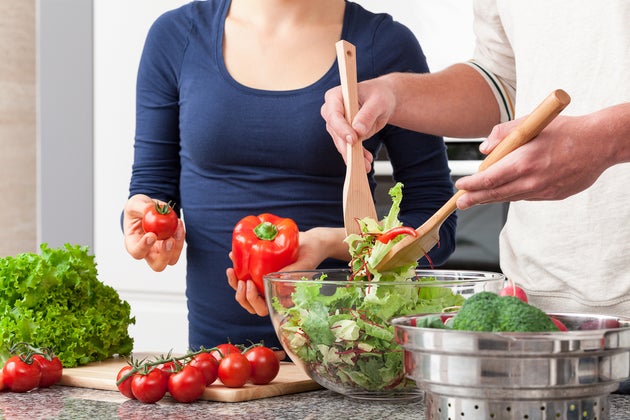 The appeal of such theories of healthy eating is their simplicity. The only problem with these appealingly simple theories is that they’re all false. Research has shown that there are exceptions to each of the black and white standards of healthfulness on which popular diets are based. Let’s return to the examples of the three diets named above:

The fact of the matter is that there is no single characteristic that all healthy foods share and that all unhealthy foods lack. Scientists have discovered that the only way to determine whether a food is truly healthy is to see how it actually affects health. The term that scientists apply to foods that positively affect health is “high quality.” There is no common thread in the makeup of foods that earn this designation.

Epidemiological studies have demonstrated time and again that vegetables, fruit, nuts and seeds, whole grains, fish, some dairy products, moderate amounts of alcohol, and olive oil are associated with positive health outcomes. These foods are therefore commonly labeled as high quality. Try as you might, you will find no single nutritional characteristic that is common to all of these foods.

The various types of high-quality foods do not share a single defining characteristic, they benefit health in different ways. And because they benefit health in different ways, they are complementary. Each high-quality food type is healthier when it is part of a diet that includes all of the high-quality foods types. Recent proof of this point comes from a 2014 study undertaken as part of the ambitious Dietary Patterns Methods Project and involving 424,000 older men and women. Its authors found that those subjects who ate all of the high-quality food types most frequently were more than 20 percent less likely to die of heart disease, cancer, and other causes over a 15-year period compared to others.

Nutrition scientists are still quibbling over the exact list of food types that constitutes the highest quality diet. For example, the Healthy Eating Index 2010 does not include alcohol as a high-quality food type, whereas the Alternate Mediterranean Diet does (in moderation). But such discrepancies are small. While advocates of the various popular diets continue to argue over such things as whether a food’s effect on pH balance or its effect on gut bacteria is the true determinant of its healthfulness, mainstream nutrition scientists have quietly arrived at a near-perfect consensus that overall diet quality is what matters, which comes from eating a balance of all types of natural foods.

Focusing on diet quality is not only the best way to eat for general health but is also the best way to eat for running performance. Several years ago I created a tool called the Diet Quality Score (DQS) that enables athletes to easily assess their diet quality on a day-to-day basis. Since then, thousands of athletes have used it to improve their diet quality, resulting in reasonable weight loss and improved fitness. One example is Holly Winchell, a runner from Kansas who started tracking her DQS and within two months lost 6 pounds, 2 percent body fat and broke her 5K PR by a full minute.

RELATED: Do You Know Your Diet Quality Score?

You don’t need my DQS app to get similar results from paying attention to diet quality (and ignoring everything else). All you have to do is consistently eat the highest-quality foods most often and the lowest-quality foods least often. Below is a list of the 10 basic food types. The first six are high quality and the last four are low quality (meaning research has generally shown that they affect health negatively when eaten frequently).