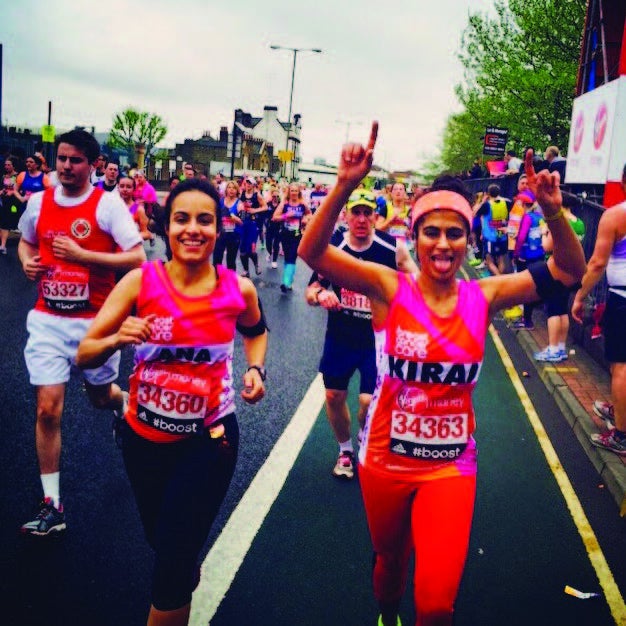 When Kiran Gandhi got her period the night before the 2015 London Marathon, she decided to go with the flow. The drummer for M.I.A. and Harvard Business School graduate “free flowed” (ran sans tampon), and after posting pictures on her blog, the Internet freaked out. Gandhi says she did it partly for her own comfort and partly to make a statement. She explains, “Culture is happy to speak about and objectify the parts of the body that can be sexually consumed by others, but the moment we talk about something that is not for the enjoyment of others, like a period, everyone becomes deeply uncomfortable. We must eliminate period stigma because if we don’t own the narrative of our own bodies, someone else will.” Amen, sister.

Related: The Natural Way To Get Rid Of Period Side Effects 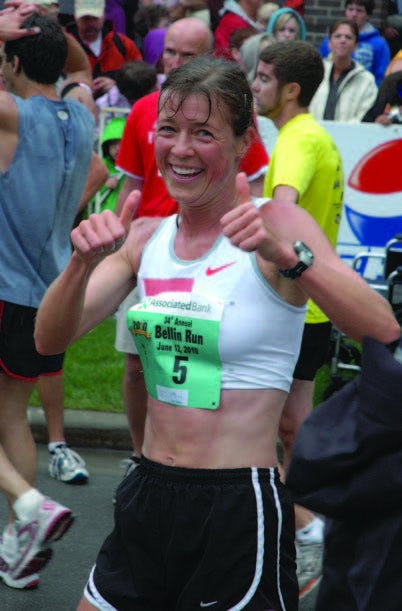 In 1996, German speedster Uta Pippig won her third straight Boston Marathon under serious duress. Not only was Kenyan runner Tegla Loroupe on her heels, Pippig was suffering from extreme menstrual issues that prompted live TV cameras to shoot her only from the waist up. “I had some problems with my period,” reported Pippig. “I didn’t expect it would become this worse…diarrhea. I felt not nice so I used a lot of water around me so that I look better and also for my legs that I could clean up a bit.” Still she had a high-octane kick that crushed Loroupe at the finish, and Pippig crossed the line the champion.