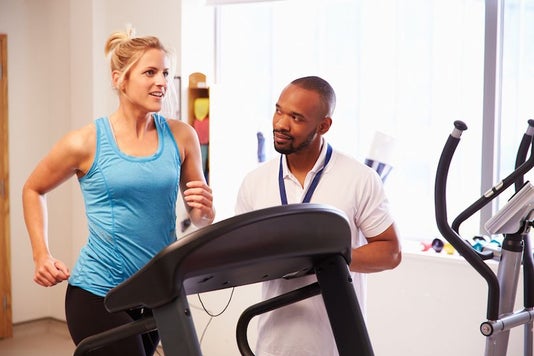 Runners are not like everyone else, especially when it comes to their health. With this in mind, a new, personalized primary healthcare service called SteadyMD has arrived, claiming the ability to meet the specific needs of athletes.

COO and Co-founder Yarone Goren, age 38 and the father of three, runs an average of 20 to 30 miles per week in the Santa Monica mountains near his home in California. When he started experiencing pain in the bottom of his foot, he made an appointment with his primary care doctor.

Like many of us, Goren’s primary care doctor was not someone he was seeing regularly, and he had to wait nearly three weeks for an appointment. When the day of his appointment arrived, he spent time filling out paperwork, sitting in a waiting room, talking to a nurse, waiting again in an exam room–and when he finally saw his doctor, he tried to explain the issue.

“I told him I thought my form was off and that I had been experimenting with barefoot running,” Goren recalled. “I could actually see his eyes glaze over. It was obvious he had no idea what I was talking about, and it was like he didn’t have time for this nonsense.” Ultimately Goren was told that running was not sustainable into old age. He was told to take up swimming and inject a steroid into the problematic foot to ease the pain. “I realized the [healthcare] system is broken and something needed to be done, especially for specialty populations like runners,” he said.

SteadyMD was born based on the concept of partnering athletes with medical experts that know and understand the specificities of their favorite sports.

Dr. Josh Emdur, one of the SteadyMD running doctors and a 2:53:00 marathoner, said of SteadyMD, “The clear benefit is starting out having a common connection and understanding the physical lives of the patient.”

Dr. Emdur described one patient for whom he not only helped hire a coach but also worked with through the coaching process, keeping track of the patient’s training log through shared apps. Later, Dr. Emdur helped that same patient work through a shin injury.

“[The patient] slowly recovered, but the pain returned with more intense training,” Dr. Emdur recalled. “I was able to order an MRI and send him the very next day.” Luckily, the patient was negative for a stress fracture, and Dr. Emdur once again worked with the patient’s coach to ease him back into a training and recovery program.

This kind of doctor/patient relationship and expedited care is exactly what Goren had in mind when he created SteadyMD. “It’s like having a friend who is a doctor that you can contact at anytime and ask questions or bounce ideas off of,” Goren said. “It’s having someone who speaks your language and knows what you mean when you refer to a fartlek run or interval training–and, maybe most importantly, someone who is not going to advise that you ‘just don’t run’ as the best treatment option.”

One concern Dr. Emdur has noticed in his years as a doctor is patients using running to treat anxiety and depression. “I have about 40 patients now, almost all runners,” Dr. Emdur explained. “So many of them (men and women) use the sport to self-medicate for depression and anxiety. If they are told to stop running, it escalates all of that.” Dr. Emdur cited this as yet another reason to have a doctor who better understands why you’re running or can see warning signs that non-running doctors may not. “Just because you run doesn’t mean you’re healthy,” Dr. Emdur said.

In addition to running, SteadyMD enables patients to choose from a wide variety of categories (weight lifting, functional fitness, triathlon, LGBTQ), costs $79 to $99 per month for a 12-month membership and there are no additional fees or copays involved. There is no long-term commitment to get started, and members can cancel any time within the first month. Insurance is not accepted, and SteadyMD caps the patient-to-doctor ratio at 600 to 1, whereas most primary care doctors have more than 2,000 patients and see 20 to 30 each day.

“[Prior to starting with SteadyMD] I spent the last nine years in the hospital, going from room to room, treating diseases,” Dr. Emdur said. “I was losing purpose.” While Dr. Emdur acknowledged that most people aged 30 to 45 don’t have strong relationships with their primary care doctors, that kind of connection is what many patients look for while exploring SteadyMD.

SteadyMD also places a significant focus on preventative care. Doctors like Emdur try to reach out to patients at least once each month to stay ahead of possible health concerns. “If you have a doctor who understands you as an athlete or runner, you are much more likely to take care of the little niggles that pop up, which enables you to run longer and be happier in general,” he explained.

Those interested in learning more about SteadyMD can find additional information by visiting the service’s official website.

What To Look For When Choosing A Doctor

Here’s What Happens During An Exercise Stress Test

When You Care Way Too Much About Running

What Experts Say About Running After COVID-19