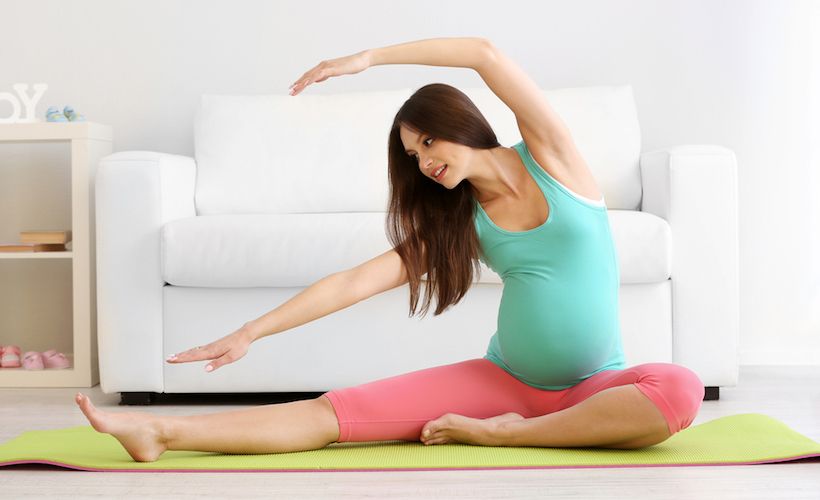 The Race For Motherhood

Last April, 28-year-old Chicagoan runner Susie Lemmer, blogger of SuzLyfe.com, was about to undergo a frozen embryo transfer after two previously failed attempts. Petite with big expressive blue eyes, Lemmer spoke animatedly over Skype about Clomid, overstimulated ovaries (“it’s like having little balloons in your abdomen”) and how running has helped her cope with infertility.

“When it comes to running and infertility, there are so many assumptions that are made,” Lemmer said.

Running and infertility have come to the forefront within the past year, most prominently when elite runner Tina Muir announced her decision to step away from the sport and addressed how amenorrhea (the absence of periods) is a taboo subject in the running community. This attitude is gradually changing, with other professional runners coming forward sharing their own experiences.

“I love being a mom so much, but I’m not ashamed of this at all: I have fertility issues and I haven’t done anything to prevent a pregnancy since 2005,” Olympian and World Champion Kara Goucher said on the podcast CTolleRun. “We felt like something was missing and we went through fertility treatment and had [their now 7-year-old son] Colt.”

For some female runners who suffer from infertility, there is a feeling of shame in being unable to become pregnant as well as a guilt in the choice to continue running despite struggles with conceiving.

Sitting in his office at the New York Infertility Institute in New York City’s Upper East Side, Khalid Sultan, M.D., director of in-vitro fertilization (IVF), emphasizes that “running in and of itself doesn’t cause infertility.”

For example, runner Suzy Hutchins Slane, 40, has birthed five children during her running career. Last year, Slane, who lives in Vancouver, British Columbia, gave birth to her youngest child Jesse after a 3-mile run—and ran a 13 miler just days before. “I had another 76-mile week,” she wrote on her blog during the early stages of her pregnancy. “We had our ultrasound appointment this morning and the baby is doing so well, and is so strong and man oh man do I ever feel those kicks and jabs! It’s pretty cool.” Slane runs 100-mile races and has a personal marathon record of 3:06:04; her endurance training doesn’t seem to affect her fertility.

For women who may have difficulty becoming pregnant, there are several factors that may be responsible for their infertility. Elena Trukhacheva, M.D., MSCI, who is the president and medical director of the Reproductive Medicine Institute in Chicago, Ill., cited three stressors that can contribute to infertility: physical, nutritional and social.

“The stress is kind of cumulative,” Dr. Trukhacheva said. “Your brain kind of decides, ‘Okay, I’m not sure what is going on with you, but you’re always running, you’re not eating enough, you’re way too stressed out, it’s probably not a good idea for you to have a baby because what would you do with this baby? How are you going to feed the baby? How are you going to take care of it?’ So your brain decides it’s not an ideal situation for you to have a baby. ‘Maybe we’re going to shut down this whole system and you’re not going to ovulate until the situation gets a little bit better.’”

When female runners are diagnosed with hypothalamic amenorrhea (when the hypothalamus stops releasing reproductive hormones due to stress, such as excessive physical activity), they are often told to either lower their mileage or stop running, or even consider medical treatment.

“It’s a very easy process just giving this,” Dr. Sultan said, tapping his pen on a chart of the endocrine system where he’d written “FSH,” the hormone that stimulates the secretion of estrogen and progesterone in the ovaries. He stresses, however, that female athletes shouldn’t utilize this method—injecting FSH—as a quick fix. The first step a woman should take is to synchronize her body back to functioning normally, with infertility treatment serving as a last resort. In some cases, this may translate to a decrease in weekly mileage. “I don’t want to tell people, ‘Go ahead, run a lot and don’t get your period. We’ll just give you FSH.’ That’s not the message. The message is, this needs to come back to normal. The body’s like a watch; everything has to work properly.”

But for some runners, omitting running from their life, even for a short period of time, is inconceivable.

“It’s very, very difficult for women who are used to running to change their lifestyle,” Dr. Trukhacheva said. “This is what they’re used to, this is what helps them go through life, this is their social life, this what is their friends do. The initial step would be to cut down gently on physical activity. Another option is to go through medical treatment. The treatment will always work if the only problem is too much physical activity and that’s why you’re not ovulating and not releasing a mature egg out of your ovary.”

Whitney Richman, 37, a former patient of Dr. Trukhacheva’s and a marathoner and ultrarunner, chose fertility treatment when she was told lowering her mileage for the next six months would only present a 30 percent chance of getting her period back.

“Running is really a way of life for me,” Richman said. “It helps me mentally.” After previous battles with depression, Richman feared a relapse if she gave up running for such a long stretch of time. After three unsuccessful rounds of intrauterine insemination, she tried IVF in 2014.

“It was difficult for me because both of my sisters were pregnant, and running was like my escape,” Richman said. “It was a place for me to go to forget about having it all around me. You feel like everybody you see is pregnant. When my twin sister and my younger sister both were pregnant, and I had to go visit them, it was right before I did IVF. I was like, I need to be able to run while I’m there because I don’t know how I’ll cope with it otherwise.”

As she shared her story over the phone, a child could be heard in the background. “You can stay outside,” Richman said to Cole, her 3-year-old son. “I’m actually talking to a lady kind of about you.”

Lemmer, now 29, shares similar feelings about running, and attributes marathon training to helping her become healthier–both physically and mentally. “In the past, I was not a runner, and I became a runner,” Lemmer said. “I never thought a marathon would be possible, and I became a marathoner. I never thought of myself as fast and I qualified for Boston. We’re doing the same thing with trying to become parents. I fully credit running and my marathon training with the mindset that helped me get through the infertility. The mental training of it was so invaluable to me. I definitely ran after getting the negative results, but [really] it’s about clearing this slate and going from there. Running for me is cleansing as opposed to reactionary.”

Unlike Richman, Lemmer’s infertility issues stem from having a chronic illness. Due more to her Crohn’s disease than running, her body essentially doesn’t produce reproductive hormones. “As someone who is a runner and who is used to having schedules, you’re used to having some control, but you know to some extent there’s luck involved,” Lemmer said. “You get to marathon day, you wake up. You can fuel for it and take care of yourself, but at the end of the day it’s a crap shoot.”

Lemmer and her husband were looking into adopting as they waited for the third transfer’s results. Today, Lemmer talks on the phone sounding slightly exhausted—typical for parents of newborns.

While Lemmer’s story has a happy ending—or more appropriately, a beginning—she acknowledges every obstacle it took to get there and stresses how important it is to have a safety net when you’re undergoing infertility treatment.

“I had an incredible support system,” Lemmer said. “When you’re running a marathon, it’s not just you, but in this case, it cannot be just you. You cannot carry this alone.” In a year or so, Lemmer will attempt to have her next baby naturally. In the meantime, she plans to take Emmie out in the running stroller once she regains her strength and the weather gets better.

As for Richman, she’s currently pregnant with her second child, which happened without IVF—on the first try. “I already signed up for the Boston Marathon, so I’m going to run that. I ran that pregnant with my first child too, so I figure they’ll both do it now. What’s fair is fair,” Richman said, laughing. “Everybody needs a chance.”

What Runners Should Know About Fertility And Nutrition

I Put Racing On Hold To Pursue IVF Treatments

2 Ways Your Period Affects Your Running

20 Daily Habits that will Make You Healthier and Happier

How to Find Your Purpose—in Running or Life

To Get Faster, Have Fun with Your Running

An Update From Pro Runner Tina Muir On Her Postpartum Journey