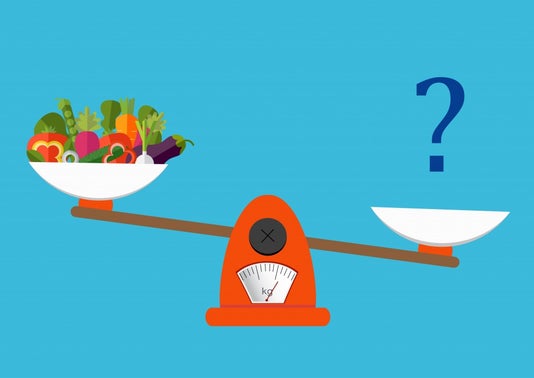 The world doesn’t stop rotating when you have an eating disorder. And so, with extreme contempt, I found myself celebrating some happy occasion with some happy couple and a buffet full of food. It was 2014 and I was trapped in a web of anorexia nervosa. So I quietly picked at a dry bowl of salad while the world happily spun around me. The woman next to me offered a kind smile and looked at my food. “You runners eat so healthy,” she said.

That’s when I realized: I could totally get away with it. Thanks to a skinny obsessed culture and a poor understanding of nutrition, I could exist as an emaciated, starving woman, all while under the guise of being a runner.

Related: 5 Important Signs That You Suffer From A Distorted Body Image

And I did—for a while. Thankfully, my awareness grew and my family got me the help I needed. Now, I frequently see runners reminiscent of my former shell. And I wonder: How are we letting eating disorders go unnoticed?

As a caveat, I want to stress that no two eating disorders are the same. Nor do they manifest in the same ways. However, there are a few red flags that indicate someone is struggling with disordered eating or an eating disorder. It’s important that we learn to recognize the following signs:

If your normally social running friend is suddenly opting out of post-run brunches or not talking on runs, that’s a clue that something is wrong. It could mean a number of things, but an eating disorder is one of the possibilities. Withdrawal is one of the first signs of a food problem, something Rachael Steil, a former collegiate runner and the author of Running in Silence, can attest to. Steil recalls that she became very obsessive and isolated as her eating disorder took over.

A healthy runner knows that the nutrient profile of a food is a lot more important than its caloric number. But to someone dealing with an eating disorder, calories can easily become the enemy. I’ve always been bad at math, but calorie math became my forte during my eating disorder. Steil had a very similar experience: “[My friends] didn’t realize that this obsession with what I was eating was part of an eating disorder,” she said. Recognize that there’s a big difference between focusing on adequate nutrition and obsessing over it. Any obsession, whether over calories or carbs, could be a sign of an eating disorder.

When calories are everything and taste is trivial, you eat a lot of peculiar things. Tortillas with Splenda, watered down yogurt…it all sounds nasty, but during my eating disorder, I didn’t care. I just cared that Splenda had no calories and I could eat more bites of yogurt if it was watered down. If you notice a running friend eating a lot of low calorie or deconstructed foods, that could be an indicator of a larger problem.

Notice how this is not first on the list? There’s a very good reason for that. Eating disorders are not always characterized by weight gain or loss. Individuals can maintain weight and still be in a very unhealthy place. However, weight fluctuation is very applicable to eating disorders among runners because exercise is often tied to the disorder. But we need to realize that, if it’s not healthy for non-runners to be emaciated, then it’s not healthy for runners to be either.

More so than ending a run at exactly 30:00.00 minutes or 6.0 miles, I’m talking about dangerously rigid behaviors. For instance, during my eating disorder, I would exercise for an hour daily, no matter what my body or my doctors said. I also would eat the same exact thing every single day with no deviation. These compulsions provided a sense of security, and contradicting them launched me into a full-blown panic attack.

If you suspect someone you know is suffering from an eating disorder, please do not ignore it. Maybe they’ve exhibited all five of these signs. Maybe they haven’t. Either way, trust your instincts. I am forever grateful to the friends and coaches who called out my anorexia and supported me through recovery. You might have someone like me in your life right now who needs you. Please visit the National Eating Disorders Association website for more information, and visit runninginsilence.com or my own blog, A Grateful Life Lived, for information about eating disorders among runners.

Why “Intuitive Eating” Is So Important For Runners