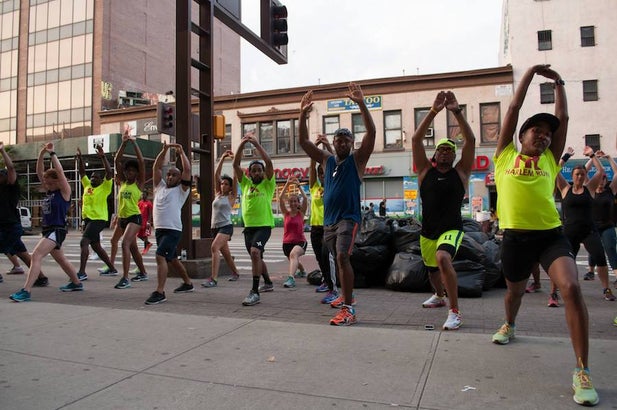 Last week I did something really scary: I signed up for a 30-day yoga challenge. I’ve been meaning to sign up for a few months now. I have been talking about it, semi-committing and thinking about it for as long as I can remember. I’ve actually been afraid of even discussing the challenge aloud because I was worried about what would happen if I was never able to complete it. I was very close to signing up for a 30-day challenge last month, but life circumstances got in the way. I watched as my friend, Raydime, powered through the ups and downs of the challenge and felt so much admiration and respect for her.  But it also led to self-doubt because, to be honest, it seemed even harder than I had imagined.

A few things this month finally led me to take the plunge:

The Stages of Change Model

As a mental health counselor-in-training, I am well-aware that making behavior changes is a complex process that often ends in failure or relapse. As this article explains, the five stages of behavioral change were developed in the late 1970s and early 1980s by researchers James Prochaska and Carlo DiClemente at the University of Rhode Island. Linked together as part of the Stages of Change Model the five steps of precontemplation, contemplation, determination, action and maintenance must be taken in order to create actual behavioral change.

So here I am, taking action. I still have a ton of concerns (including, How will I manage all of the laundry that comes from doing Bikram yoga every day for 30 days?) and I’m not certain how I’ll manage the bad and lazy days. But today, on Day 1, I’m feeling positive that I’ve made the right decision. I’m also trying to be realistic with myself about the potential for behavioral relapse, which can either be a final stage or a re-energizer to return to the earlier state of action. According to Psychology Today, “If you train yourself to view relapse as only one more stage in the process of change rather than as a failure, you’re much more likely to be able to quickly return to your desired behavior.”

You can monitor my progress here at Women’s Running as well as on Instagram and Twitter. I’d also love to hear from you: is there a change you’ve been wanting to make but hesitating about? Where are you within the Stages of Change Model?

What’s holding you back?

5 Things My “Injured” Status Has Taught Me

Two Runners Share How The Sport Helped Them Through Depression